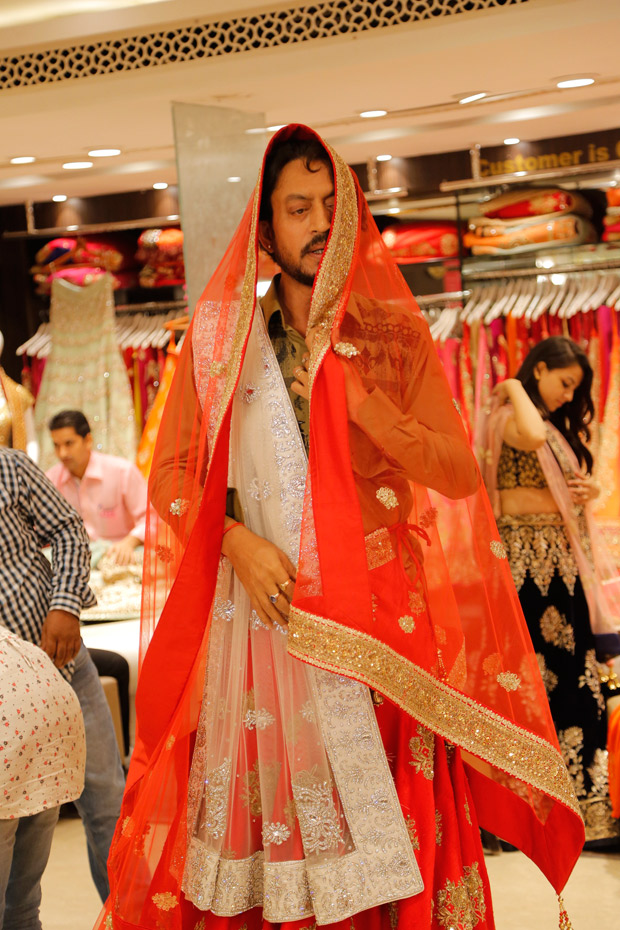 Saket Chaudhary’s upcoming slice of life comedy film Hindi Medium has Irrfan Khan playing a Punjabi Business and sari shop-owner from Chandni Chowk. We heard for a scene in the film where his salesman is not able to convince one of his rich customers, Irrfan despite being the owner of the shop decided to do the selling himself.

Irrfan is a method actor from National School of Drama and thus even though it was just a scene in the film, he actually learnt how to wear a sari to make it look authentic. Well, now that Irrfan has learnt to wear a sari, we wonder if he would help out his wife at home! 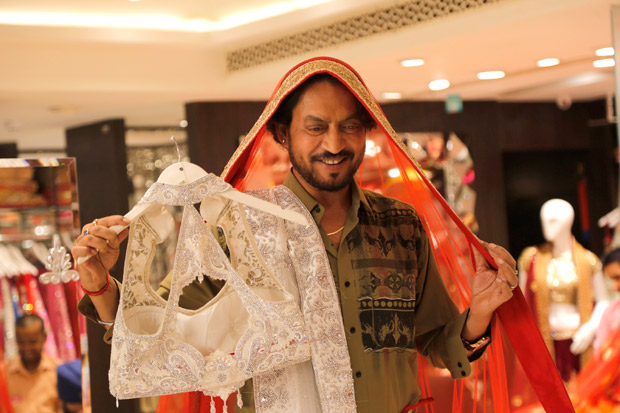