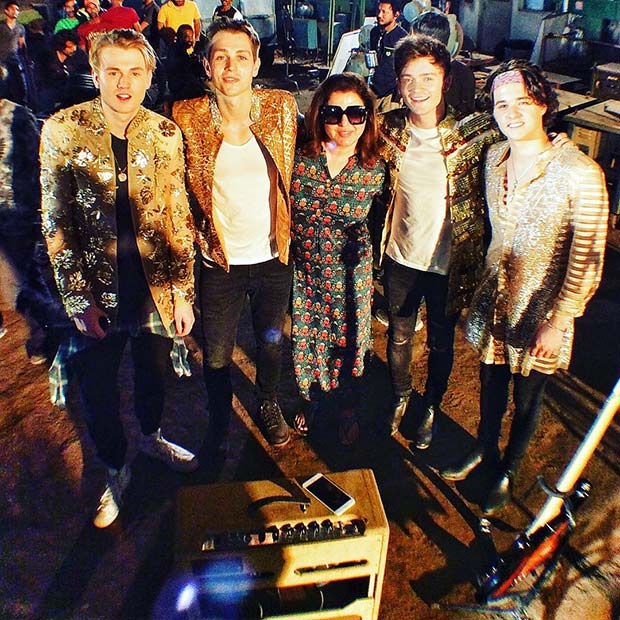 One of the biggest festivals in India, Global Citizen Festival, is taking place tomorrow in Mumbai where several Indian and international artists will be performing in front of thousands of people. Popular British boy band ‘The Vamps’ will also be performing at the prestigious event.

Filmmaker and choreographer Farah Khan shared a photo with the British lads sharing good news that she is directing the boys for a music video. Not much has been revealed about the said project, but it seems like it will be related to Global Citizen India. The boys were seen wearing shimmery Indian jackets as they posed with Farah. She captioned it saying, "Directing the music video 4 the cutest #boyband THE VAMPS!! #nakhra." Shekhar Ravjiani will also be a part of the music video.

The Vamps had recently visited India for the promotions of their collaboration with music composers Vishal Dadlani and Shekhar Ravjiani on the Indian- rock mix titled 'Beliya'. The boys had also collaborated with Ajay Devgn and Mithoon for Shivaay.