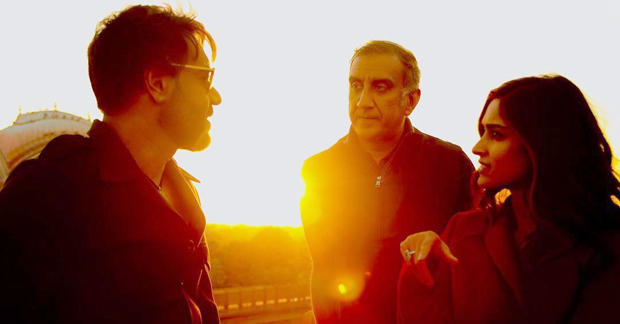 Ajay Devgn, who was last seen in his directed film Shivaay, had kick started the shooting schedule of his next film Baadshaho in Jodhpur along with Emraan Hashmi a month ago. Currently, the cast has shifted their shooting from Jodhpur to the beautiful locations of Bikaner, Rajasthan.

On Monday afternoon, Ajay Devgn shared a candid shot of him having a conversation with director Milan Luthria and his co-star Ileana D'cruz from the sets of the film. He captioned it, "Dusk in the desert. Bikaner."

Baadshaho also stars Emraan Hashmi, Esha Gupta and Vidyut Jammwal in key roles. The film is set to hit the screens on September 1, 2017.