Hollywood actress Charlize Theron shared a new behind-the-scenes look at her MCU debut character Clea in Doctor Strange in the Multiverse of Madness. The Oscar-winning actress also revealed a 3D body scan session of herself in character. 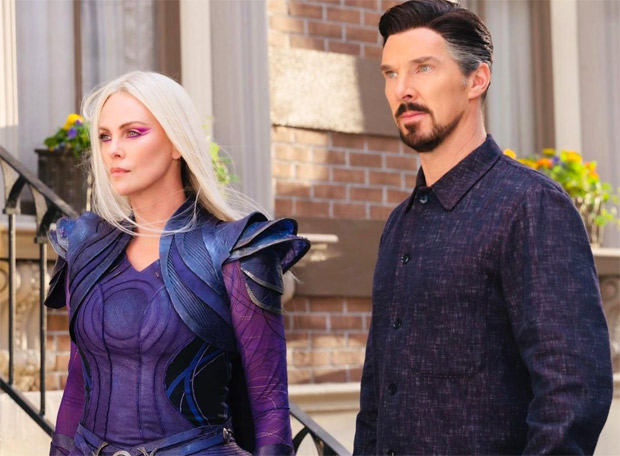 Theron, who debuted as Clea in the recently released Doctor Strange sequel, took to Twitter to share Clea's look at intricate costume which can be seen up close. She stood inside a circle of scaffolding with about 100 cameras spaced evenly throughout it. As Deadline mentions, Clea is known as "The Mistress of the Dark Dimension," who teams up with Strange, eventually becoming his lover and wife. The character has a brief appearance in the post-credits scene of Disney and Marvel’s Doctor Strange in the Multiverse of Madness. Clea's look and costume can be seen up close, giving fans a better look at her intricate costume and make-up for her brief appearance in Doctor Strange in the Multiverse of Madness. Theron simply captioned the post "Sneaky peaky BTS".

“First off — Charlize Theron, holy shit!” screenwriter Michael Waldron said of the character in an interview with Deadline. “We always knew we wanted to introduce Clea, who in the comics is, you could say, the great love of Doctor Strange but really in a lot of ways his formidable equal as a sorcerer herself. Her backstory is fascinating; she’s the niece of Dormammu, the giant floating head from the first movie. [Doctor Strange and Clea] have a lot of great adventures in the comics, and we knew we wanted to introduce her. But it felt like we had to close the book, to some extent, on his love story with Christine Palmer – the Rachel McAdams character – and so Doctor Strange hears that wisdom from Christine to face his fears and be open to the idea of loving someone.”

“And then along comes Clea, and I guess we’ll see what happens next between the two of them,” he teased.