Last Updated 07.12.2022 | 9:21 PM IST
feedback language
follow us on
Bollywood Hungama » News » Bollywood Features News » “This character’s journey is similar to mine in many ways” – says Anil Kapoor about his role of taxi driver in Fanney Khan

Anil Kapoor gets a major throwback with his next film, Fanney Khan, in which he plays a taxi driver trying to help his aspiring musician daughter. Many of his early films featured Kapoor playing the struggling common man, and his performances were appreciated by different strata of the audience. Fanney Khan showcases the struggles of a father to make her daughter's dream come true. 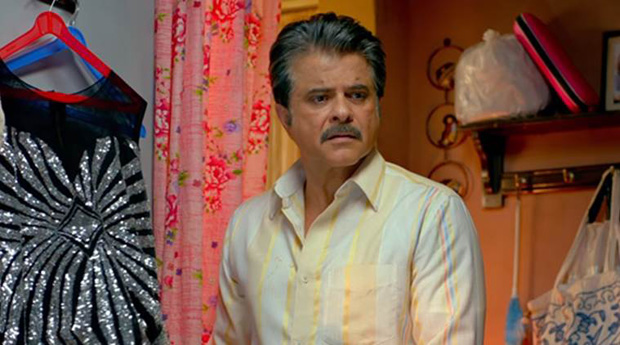 Anil tells us, "Fanney Khan is one character that I have resonated with the most so far. Not only do I identify with his struggles, but I also relate to his passion and his relationship with his daughter. This character's journey is similar to mine in many ways. I may not have played a taxi driver on-screen before, but I've played many characters who have risen from the ground up through sheer will and determination. But everything about Fanney Khan, his dream and his drive to overcome every obstacle, is special to me. He doesn't let his circumstances get in the way of his destiny, and that is something we can all learn from. It doesn't matter where we start, as long as we do.

Gulshan Kumar, T-series and Virendra Arora present, A Film by ROMP pictures in association with Anil Kapoor film and communication Network, Fanney Khan is all set to release on 3rd August 2018.

Also Read : Anil Kapoor reminisced his early days while shooting in a Chawl for Fanney Khan