The 75th Cannes Film Festival is underway, and our Indian celebs are lighting up the red carpet with their gorgeous looks. The prestigious film festival kicked off on May 17, and India was named the first 'Country of Honour' at Marche du Cinema this year. On day three, Aishwarya Rai Bachchan once again stole the show as she walked the red carpet in an opulent outfit for the screening of the film ‘Armageddon Time’. 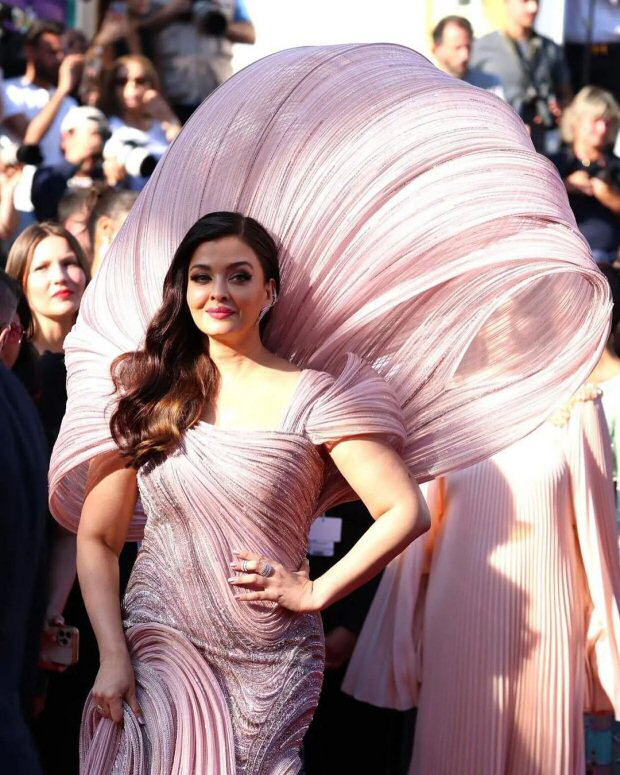 Bollywood beauty Aishwarya Rai Bachchan is the most beautiful woman in the world, and she proves it time and time again. She has grown into a global icon over the years. Blue-eyed Bollywood starlet wore a pleated, architectural gown by Gaurav Gupta, who is known for his unique style and looked stunning as ever. The ensemble featured thousands of intricate bugle beads and dress had a design element that came up from the shoulders and formed a large halo behind Aishwarya's head. It was pale pink with silver streaks. The gown has sculpted shoulders, and the strategically placed gathers and ruffles on the hem giving it a surreal aspect. The trail added to the outfit's drama. She amplified the glam element with dramatic eye makeup, pink-hued lips, and highlighter. With her side-swept lovely hair, the actress enchanted us. Aishwarya chose simple jewellery and let her gown do the talking. Her diamond ear cuff and diamond rings added to her ensemble rather than detracting from it. She struck her trademark Cannes pose and proved that she is a show-stopper. 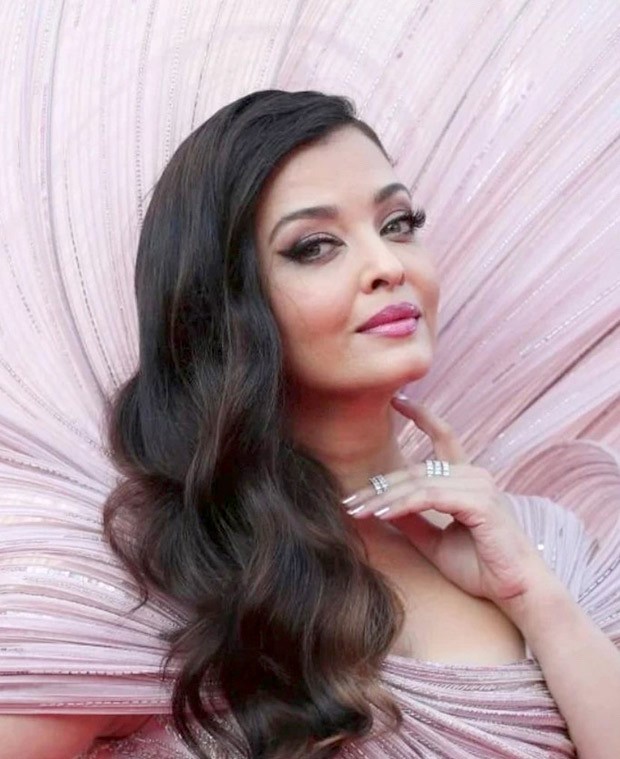 Aishwarya Rai Bachchan has been attending the Cannes Film Festival for 20 years, most of them as an ambassador for cosmetics brand L’Oreal Paris.

On the red carpet, Aishwarya spoke about how the position of women is changing in the industry and how women have always been such an integral part of films. 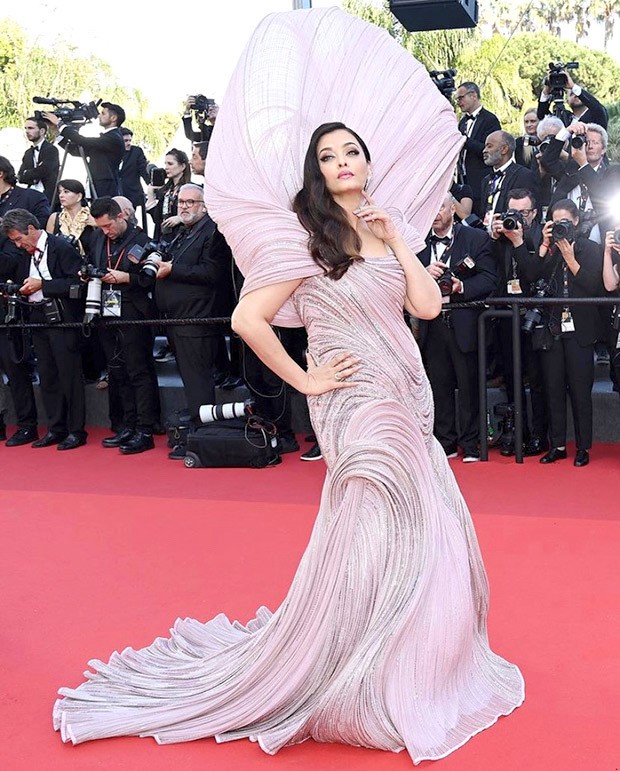