For Sonam Kapoor, achieving a sartorial perfection and notching up the ante with every appearance is her forte. As her acting prowess has undergone a remarkable metamorphosis, her equally modish game has only refined further. Her distinct style play resonates with the international fashion scene, curated under the keen eye of her sister and stylist Rhea Kapoor. Sonam’s penchant to spruce up the scene, dabbling in minimalism and drama, as the occasion demands only to have her contemporaries to follow suit. This year marks her eighth stint in the Cannes red carpet endeavour ever since she lent her name and presence to the cosmetic giant, L’Oreal. Her Cannes 2018 fashion chronicles promise a melange of ensembles, oozing power, elegance and sass! Pulling out a style play from her bag of magic tricks, that only reaffirms our faith in her versatile fashion sense, Sonam made her stunning presence felt as a chief guest at Positive Planet Foundation's Gala dinner at Cannes. The gala event also included a contemporary art auction, orchestrated by Simon De Pury. The proceeds of the auction will go towards Positive Planet's programs for women empowerment in Sub- Saharan Africa, the Middle East & French priority neighbourhoods. This year also marks the Foundation's 20th anniversary and Sonam Kapoor auctioned a dinner/lunch with the highest bidder.

Sonam Kapoor’s intangible tryst with dramatic fashion, those impeccable casual #OOTDs or #OOTNs with an enviable aplomb has always amazed the fashion lovers and critics alike. Proving a poignant point on taking fashion seriously, here’s the breakdown of what Sonam wore.

Sonam Kapoor - An abundance of florals! 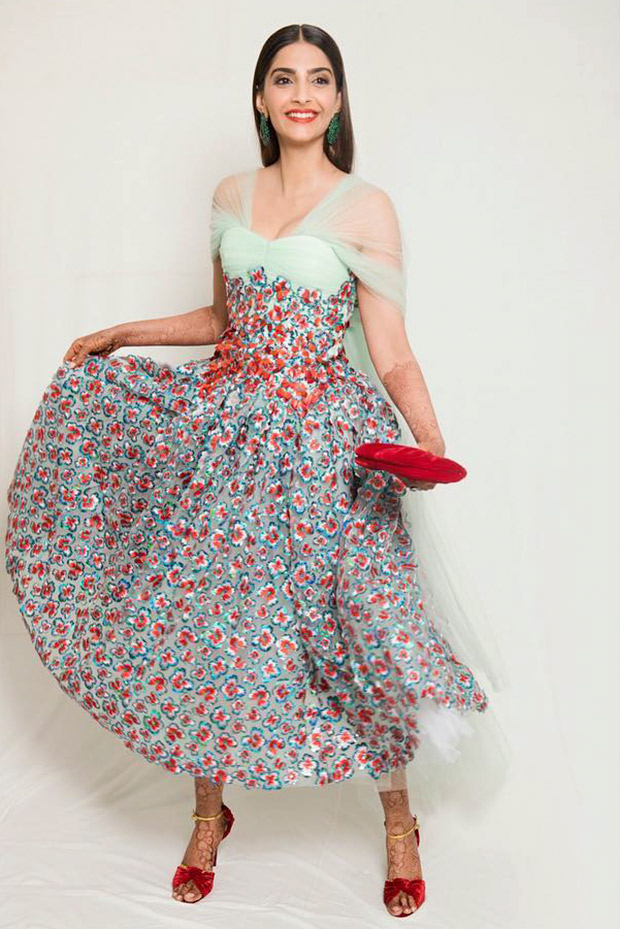 Sonam wore a dress from the Parisian brand, Delpozo featuring tulle sleeves that cascaded behind in a knot and a floral voluminous skirt. 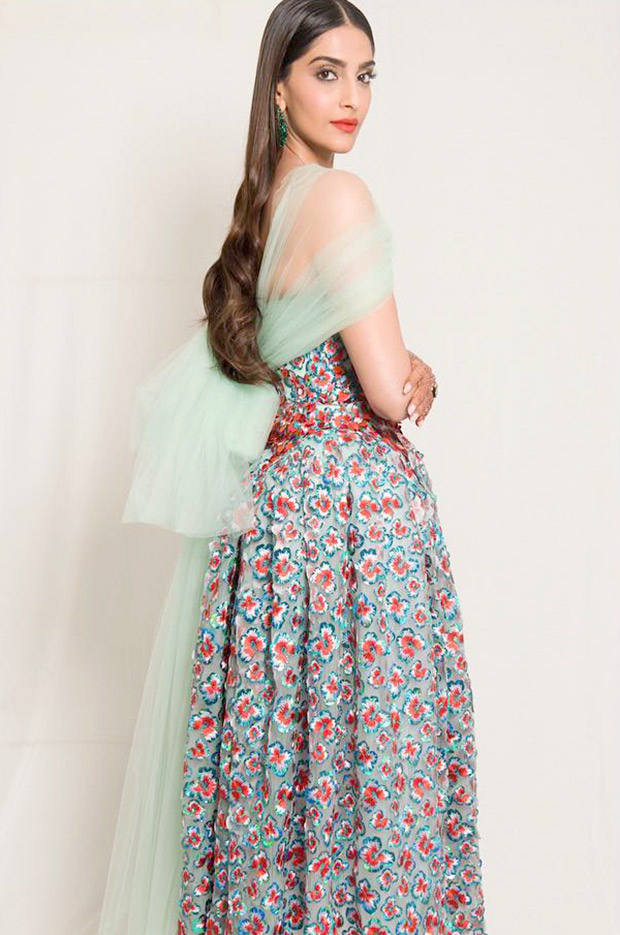 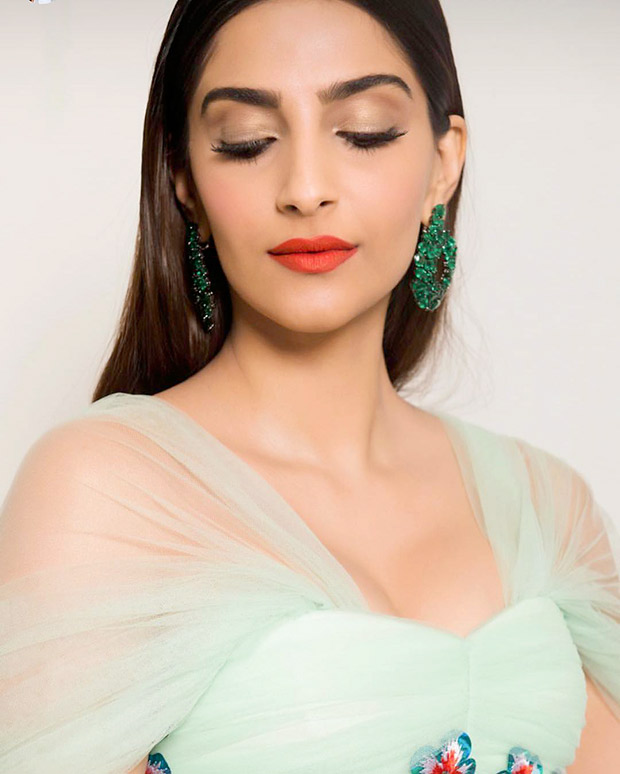 She topped off the look with bright lips, defined eyes and highlighted cheekbones, courtesy makeup artist Namrata Soni and a sleek centre-parted hairdo with loose waves at the tips, courtesy hairstylist Stephane Lancien. 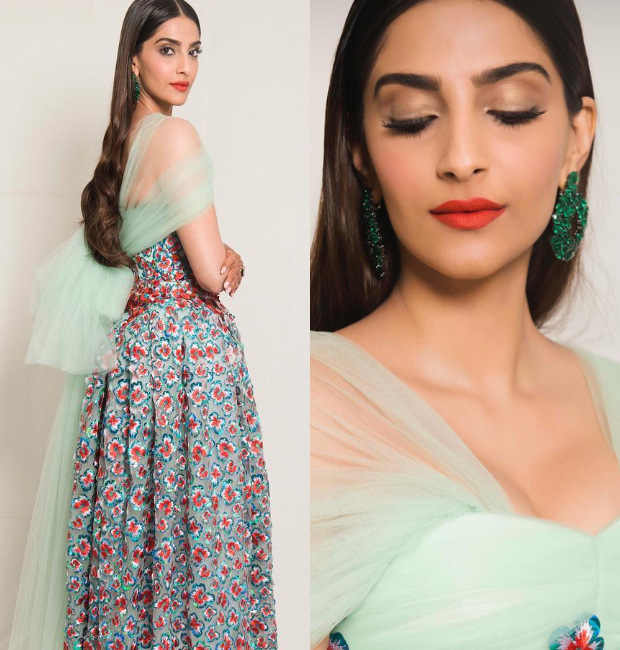 Enchanting us with yet another look, Sonam Kapoor looked stunning indeed! 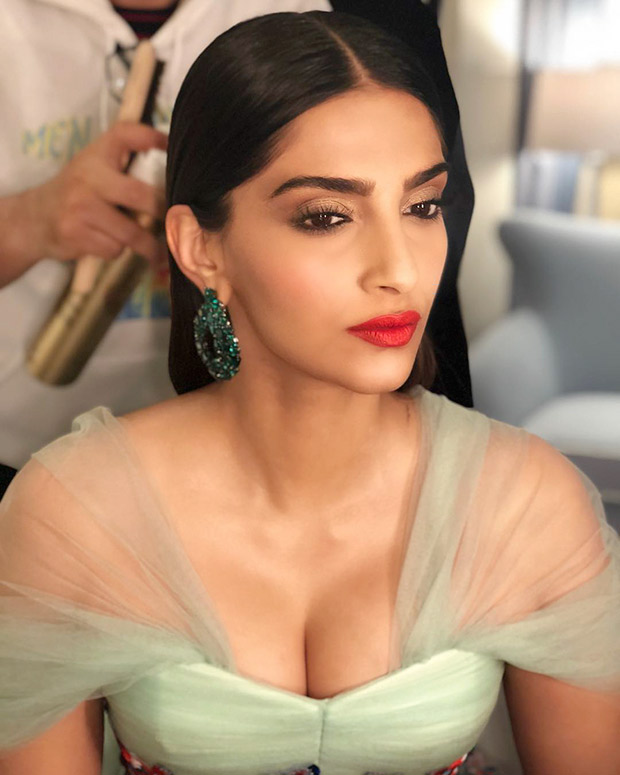 We absolutely love the way she has upped the look with an equally alluring makeup. Simple yet so significant, Sonam personified floral elegance - a subtle theme of her #OOTN.

About the charity, Sonam said, " Positive Planet Foundation has been doing some inspiring work for the last 20 years. I hope to lend my support in the way I best can and help them in their noble endeavours." The diva had a fairy-tale wedding with beau Anand Ahuja on May 8 and regaled us with her exquisite bridal avatars. On the professional front, Sonam Kapoor will be seen in Rhea and Ekta Kapoor’s Veere Di Wedding, sharing screen space with Kareena Kapoor Khan, Swara Bhasker and Shikha Talsania. Also, she will be seen in Sanju, opposite Ranbir Kapoor.