It was on Valentine’s Day, 1969, that Bappi Lahiri’s debut film as music director, the Bengali, Dadu, directed by Ajit Gangapadhyaya, was released. The composer, who has since also been a singer, music producer, actor and film producer and has also tried his hand at lyrics writing, has thus entered his 50th year in films, going full steam ahead even today with his desi as well as international commitments and assignments. 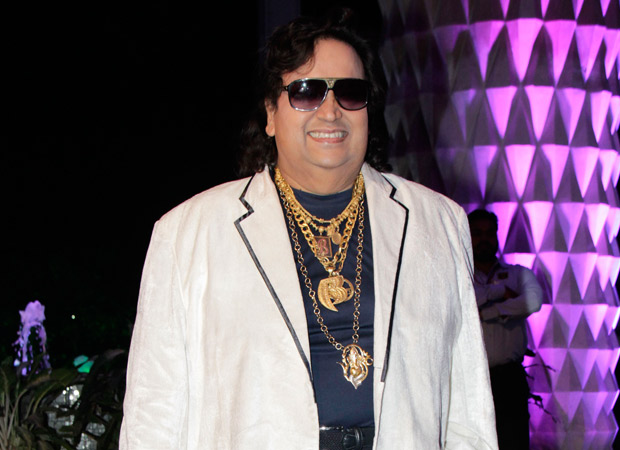 Born to musicians Aparesh and Bansari Lahiri in Jalpaiguri, West Bengal, the child prodigy began to play the tabla on his own at the age of three and was trained in classical music initially by his parents. A pioneer of sorts from the beginning (he was 15 when he signed his first film), he also shared music credits with three other composers (Anil Dutta, Kalipada Sen and Subodh Ray) in his debut movie, reminding us of the ‘90s piecemeal debuts of composers like Himesh Reshammiya, Sajid-Wajid, Shankar-Ehsaan-Loy and Vishal-Shekhar. Another Bengali film (along with Kalipada Sen again), Janatar Adalat, came in 1972.

In 1973, the late Shomu Mukerji (best known today as Kajol’s father), a close relative gave him his break in Hindi with Nanha Shikari, starring his wife Tanuja and brother Deb Mukerji. Luck began to smile on Bappi when he was signed by the late Tahir Husain (Aamir Khan’s father this time!) for his production Zakhmee (1975).

The film was a hit and so were its songs, like ‘Aayi Re Aayi Re Holi’ and ‘Nothing Is Impossible’. Mohammed Rafi’s encouraging words to the composer, when they both sang the last-mentioned song (with Kishore) was one of the chief reasons why Bappi gave him many choice songs like ‘Saathi Re Gham Nahin Karna’ (Ikraar) and ‘Maathe Ki Bindiya Bole’(with Anuradha Paudwal in Lahu Ke Do Rang) later.

1975 was a golden year for the composer. The audio of Chalte Chalte (the film was a 1976 disaster) was a chartbuster, especially its cult title-track by Kishore Kumar. And Bappi made his first popular mark as a singer with ‘Jaana Kahaan Hai’ (with Sulakshana Pandit). The young man was finally taken seriously.

Though his music sounded a lot like R.D. Burman’s—trendy, youthful and rhythmic (due to their common love for the tabla), the composer always mentioned S.D. Burman, Madan Mohan and Kalyanji-Anandji as his role-models. Lata Mangeshkar, who had allotted preferential dates in a month then to Laxmikant-Pyarelal, also gave preference to him and the other sensation, Rajesh Roshan.

Bappi went through the 1970s (in which he got only a few big movies like Paapi, Khoon Ki Pukar and Lahu Ke Do Rang, which the four-film-old Mahesh Bhatt called his first movie with “proper music”) with a spate of intense melodies in small films.

But even Bappi could not have imagined that a small experiment he made for the action drama Suraksha, a Bond-like drama, would bring on a revolution: he composed ‘Mausam Hai Gaane Ka’—and not only did it begin the disco culture in Hindi films. Soon more such songs established him as the ‘Disco King’, overpowering his weightier compositions and his command over folk and Indian music in all hues.

And Bappi cashed in on this unique way to make an identity of his own!

The 1980s saw Bappi even take to reworks of Western music, like ‘Hari Om Hari’ (lifted from ‘One-Way Ticket’) in Pyaara Dushmun. A splurge of disco numbers followed in films like Wardat, Armaan and Haathkadi (‘Disco Station’). His blend of disco with Indian folk led to one of his biggest hits ever, ‘Pag Ghunghroo’ from Namak Halaal. Bappi—along with Suraksha and Wardat hero Mithun Chakraborty, made this genre so popular that entire films were made around this form of dance—Disco Dancer, Kasam Paida Karnewale Ki, Dance Dance and there was no stopping the trend, soon imitated by even senior composers!

Alongside, Bappi scored a hit-fest with Jeetendra in the South, scoring Himmatwala, Mawaali, Tohfa and others. And it is not as if the 1980s were restricted to such songs. In Aitbaar (1985), he composed the beautiful ‘Kisi Nazar Ko Tera Intezaar’, while Prem Pratiggya (1989) saw the soothing melody that he himself sang with Asha Bhosle, ‘Pyar kabhi kam nahin karna’.

It was in the ‘80s that the music director also ventured into albums, and his first one, Superuna, with Runa Laila, was a massive hit.

Trends, however, changed in the 1990s. Though Bappi was busy for the first five years, and gave two scores, Zindagi Ek Juaa (1992) and Dalaal (1993), that rank among his career-best, and he began the decade with hits in Aaj Ka Arjun and Ghayal, the tempo of his career began to slowly but surely go down.

The emergence of music companies that were headed by individuals rather than operating as a corporate entity and their fetish for certain young composers added to the troubles of senior composers. Massive chartbusters like ‘Gori Hai Kalaiyan’ (Aaj Ka Arjun), ‘Tama Tama Loge’ (Thanedaar) and ‘Gutar Gutam’(Dalaal) failed to prevent Bappi’s career from floundering. In desperation, Bappi began to sign small films again, but without the kind of results he showed in Phase One of his career.

And shrewdly, Bappi decided to change tracks. He shifted focus to international work, like his single ‘Habiba’, turned film producer (Rock Dancer, Love Story 98, which released in 2000!) and got Samantha Fox to act in the former and Boy George and half-Indian Apache Indian to sing in the latter. But he did not throw in the towel, like some of his contemporaries and seniors did.

The fighting spirit was strong, and in a peculiar way the tables began to turn. In 2002, Bappi Lahiri, known for his plagiarizing, had his 1981 song ‘Kaliyon Ka Chaman’ (Jyoti) unofficially lifted by Dr. Dre in the album Addictive, and the music company filed a case! 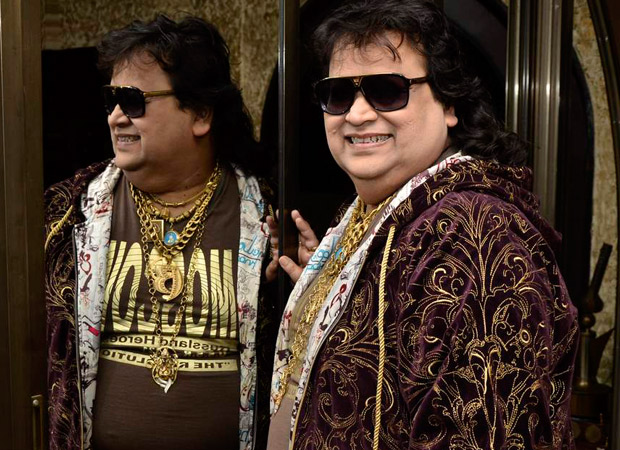 Bappi now admits that he did lift some songs, but maintains that it is his original songs that people love most and ask for when he performs around the world.  He had always been involved in Bengali film and non-film music, had gone South and done work in other languages as well, but in the millennium, he focused on international work, which his son Bappa Lahiri is also doing today.

By now, Bappi’s other songs have received international acclaim too—his ‘Jhoom Jhoom Jhoom Baba’ (Kasam Paida Karne Wale Ki in1984) has been used in Guardians Of The Galaxy 2, ‘Come Closer’ from the same film in Lion and he has composed the original song ‘Shona’ for the animation film Moana.

‘Jimmy Jimmy Jimmy’ from Disco Dancer was sung by M.I.A. in 2008 in Don’t Mess With Zohan. In 2011, Bappi composed the soundtrack of Will To Live, with M.C. Hammer among the singers.

Alongside, Bappi Lahiri has etched out a new phase in his career—of singing for younger composers from Vishal-Shekhar to A.R. Rahman, Sajid-Wajid, Sohail Sen and others. Nikkhil Advani got him to re-do his ‘Bambai Se Aaya’ in Chandni Chowk To China, while Rohit Shetty used two other songs in Golmaal 3. Bappi also sang Vishal-Shekhar’s re-created ‘Ooh La La’ (The Dirty Picture) from his ‘Ooee Amma’ in Mawaali, and Sajid-Wajid ‘modernized’ ‘Nainon Nein Sapna’ and ‘Taki O Taki’ in the Himmatwala remake.

2017, Bappi feels, has been especially gratifying. Badrinath Ki Dulhania, Ittefaq and Naam Shabana had re-created songs from Thanedaar, Namak Halaal and Dance Dance and all became hits. Youthfully (!), he feels that re-creations keep old musical treasures alive with GenY. In addition, he has now given his voice for the latest heartthrob Varun Dhawan in Badrinath Ki Dulhania as well!

Awards have been rare in Bappi-da’s career, but after one Filmfare (Sharaabi), a Gold award from China for Disco Dancer, he has also annexed three Lifetime Achievements in the last few months from Filmfare, Radio Mirchi and Star Parivaar.

This is one legend with many more musical plans up his (bejewelled) sleeve.