It’s not every day Bollywood’s feisty, fiery and unapologetic Queen makes an astounding red carpet appearance. But when she does, Oh boy! She nails it and how! Amidst rumours that Kangana Ranaut will put her fashionable foot forward at the prestigious international film, fashion and bonhomie extravaganza, the diva left for Cannes today morning. Looking nothing less than chic in a form-flattering black number, Kangana was styled by international fashion stylist Lorna McGee who also happens to be the Fashion Editor at Large, L'Officiel Switzerland. If Kangana’s monochrome affair was enchanting, then the diva certainly aced it with a drop-dead smashing red carpet as the brand ambassador of the premium French Vodka brand, Grey Goose.

From being a quintessential outsider and creating a stir with her stellar performances, unabashed on-screen exuberance to making those unerring remarks on nepotism, Kangana Ranaut has carved a niche for herself with her rare streak of confidence and maturity. If her choice of roles has only got intriguing with time, style demeanour has also undergone a major metamorphosis. Kangana Ranaut rarely misses a chance to engage us into her sartorial shenanigans. Add to this, her penchant to pull off the trickiest of style with an enviable aplomb. 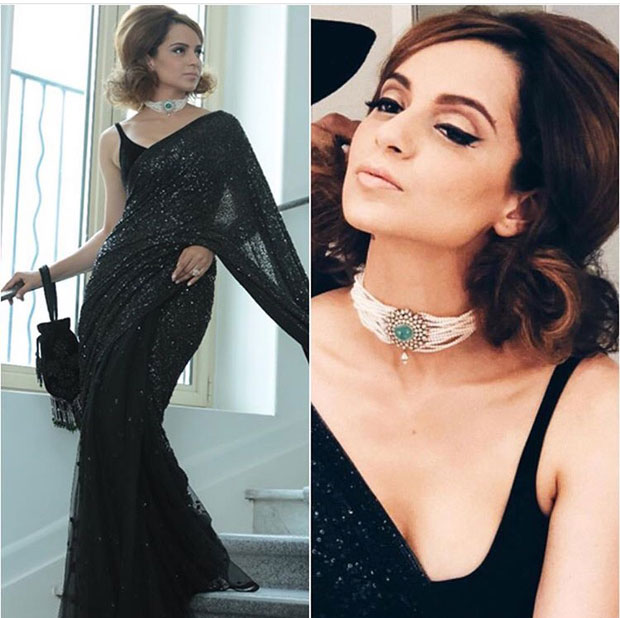 Kangana was styled by Ami Patel and Sanjay Kumar Dauhaliya. She flaunted her svelte frame in a black Sabyasachi saree, accessorised by a pear and emerald choker. 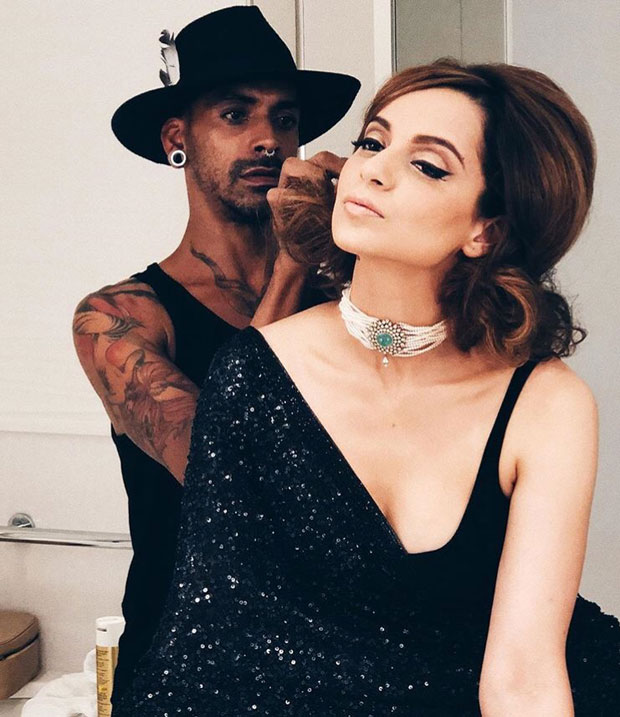 A vintage hairdo with intense winged eyes topped off her sleek yet elegant look.

Also Read: Cannes 2018: Fashion is not the focus for Kangana Ranaut, here’s what she wants to learn from the festival 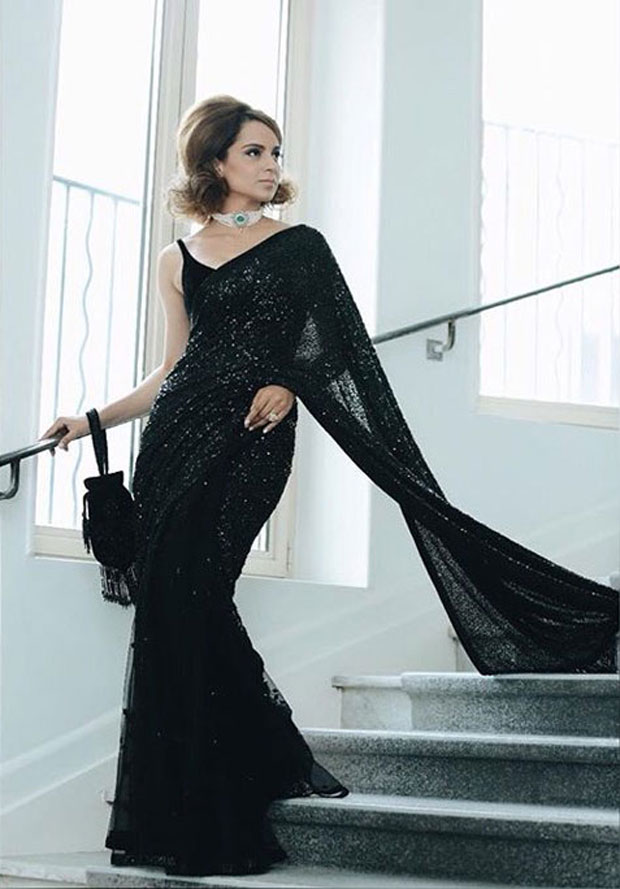 Adhering to Sabyasachi’s strong sensibilities that the Indian nine yard creates a strong visual statement in the fashion confused global scene, Kangana enchanted us! We love how she has aced the vintage vibe with the faux hairdo and winged eyes! PERFECTO!

Kangana Ranaut’s off-screen style game attains an influential and sartorial vibe, which goes on to reaffirm our beliefs that she is the quintessential Queen of high-street and couture!

Also Read: Subtle stripes, bold prints and a snazzy hairdo to boot, this is how Kangana Ranaut rolled over the weekend!

On the professional front, Kangana Ranaut will be seen in Ekta Kapoor’s Mental Hia Kya with Rajkummar Rao. She will also be seen in the biopic, Manikarnika: The Queen of Jhansi essaying the role of Rani Laxmibai of Jhansi, slated for a release in August 2018.