Sonam Kapoor’s wedding has been a talking point in the industry for over a few weeks now and why not? It was a high profile wedding of Anil Kapoor‘s eldest daughter Sonam with businessman Anand Ahuja last night. The actress, who had been dating Anand for more than 3 years, has officially become Mrs. Ahuja now.

After stunning us as the quintessential Punjabi bride, she looked stunning last night Anamika Khanna ensemble. The grand reception party took place at The Leela in Mumbai which saw a massive celebrity turnout. From Shah Rukh Khan to Salman Khan, Ranveer Singh to Ranbir Kapoor, Kareena Kapoor Khan to Alia Bhatt, everyone made sure to grace the reception. 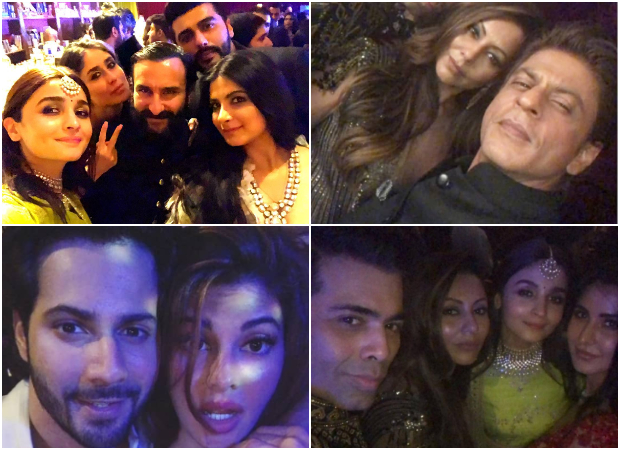 The Kapoor Khaandan men came in style with their sexy yet dapper sense of style brother Arjun, who is lovingly called Chaach by Sonam, arrived along with sister Anshula Kapoor. Siblings Janhvi Kapoor and Khushi Kapoor arrived with their father Boney Kapor. Sonam's elder cousin Mohit Marwah and wife Antara Motiwala arrived in style. While the family members took the red carpet, the grand red carpet had some of the biggest names from the industry.

Check out all the inside photos and videos you might have missed!

Hey I finally have a picture with the Nawab & Begum together... @aliaabhatt s photography & @rheakapoor adding more glamour.... #everydayphenomenal

A post shared by Harshvardhan Kapoor (@harshvardhankapoor) on May 8, 2018 at 9:31pm PDT