South Korean group BTS members, RM, Jin, Suga, J-Hope, Jimin, V and Jungkook, are now officially on Instagram. Following the announcement of them taking a vacation to spend the holidays with their families, working on a new album and upcoming tour, all seven members have launched their individual Instagram accounts. In just a few minutes since the launch of the accounts, all seven of them have crossed 2 million followers already. 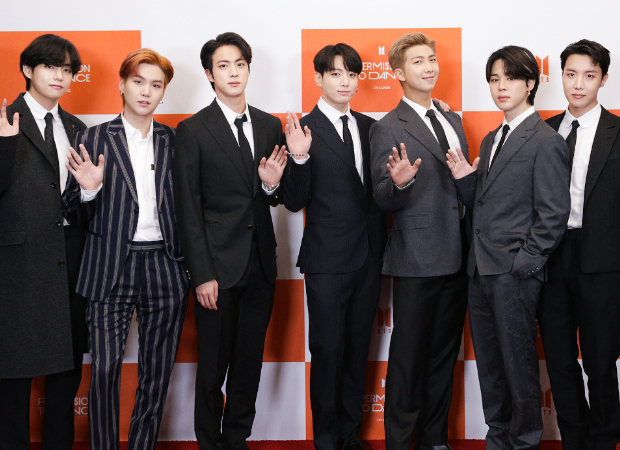 Let's check out their first posts:

In a statement released by BIGHIT MUSIC, it was revealed that, "BTS is planning to take a second official extended period of rest since their first in 2019, after they complete their official scheduled events of "BTS PERMISSION TO DANCE ON STAGE - LA" and the "2021 Jingle Ball Tour."

"BTS stayed active in order to engage with fans in 2020 and 2021 amidst the COVID-19 situation, and achieved dazzling results to cement themselves as top global artists. This period of rest will provide the members of BTS who have tirelessly committed themselves to their activities, a chance to get re-inspired and recharge with creative energy. It will also be the first time for them since their debut to spend the holiday season with their families. We kindly ask once again that you show consideration for their need to enjoy ordinary and free, everyday lives while solely concentrating on themselves, albeit for a short while, during their period of rest."

The group has also hinted at working on a new album and on a tour that will be held in Seoul in March 2022. "BTS will be focusing on preparing for the concert and release of the new album that will mark the beginning of a "new chapter." They are preparing for a concert this coming March to connect and communicate with the fans in-person in Seoul. We would like to extend our deepest gratitude to all the fans who continue to cheer for BTS and they will return as their best, healthiest selves after recharging so they can return all the love from the fans," the statement concluded.

The last time BTS took a vacation was in 2019, the first time since their debut. It was followed by a series of travel videos of the group members who highlighted their vacation through those vlogs. Post their vacation, they filmed BTS Bon Voyage 4.

BTS is wrapping up their whirlwind trip to the United States that included two electric performances at the 2021 American Music Awards, an unforgettable appearance on The Late Late Show with James Corden, and their sold-out shows at SoFi Stadium. The LA tour marked the act’s first offline concert in two years, with Megan Thee Stallion and Chris Martin of Coldplay making surprise appearances throughout the run. On Friday, they topped off their run of live shows with a headline performance at iHeartRadio’s 2021 Jingle Ball in Los Angeles.

Earlier this year, BTS topped the Billboard Hot 100 for ten weeks with "Butter," a global mega-hit dubbed 2021’s song of the summer. The song also earned the BTS “Artist of the Year” award at the 2021 American Music Awards.