Sara Ali Khan has come to New Delhi for the promotions of her forthcoming film Atrangi Re. Her Instagram updates from her visit to the national capital reveals that she had a great time in Delhi winters. One of the peeks from her day in the city also featured Sara’s best friend, actress Janhvi Kapoor. From working out and travelling together, Sara and Janhvi have established major BFF goals. 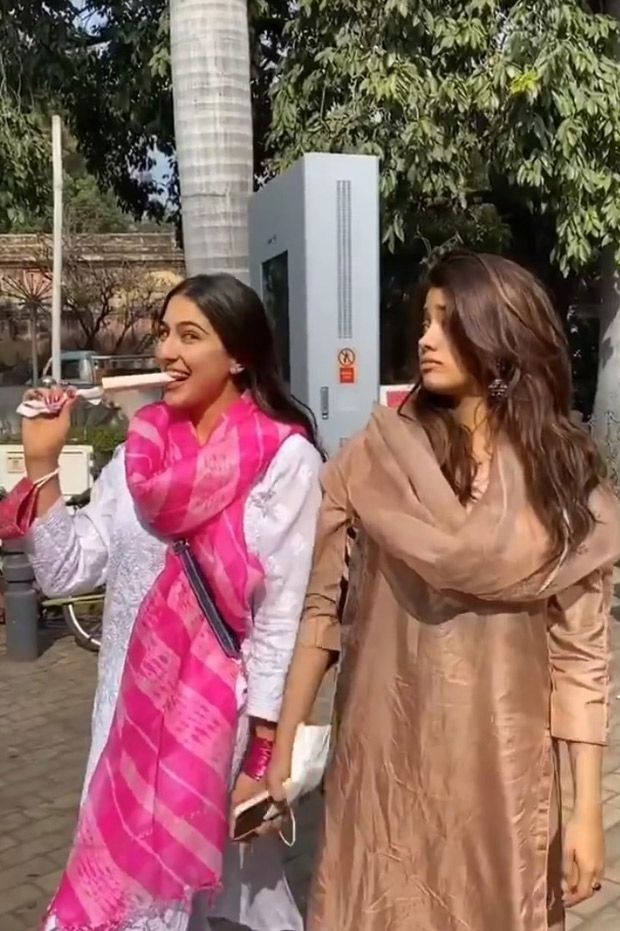 Sara shared a boomerang on her Instagram stories which showed a fun moment from her trip to India Gate. The actress, who was indulging in kulfi all by herself, left her bff Janhvi upset. Along with the clip, Sara wrote, “J bird is J.” 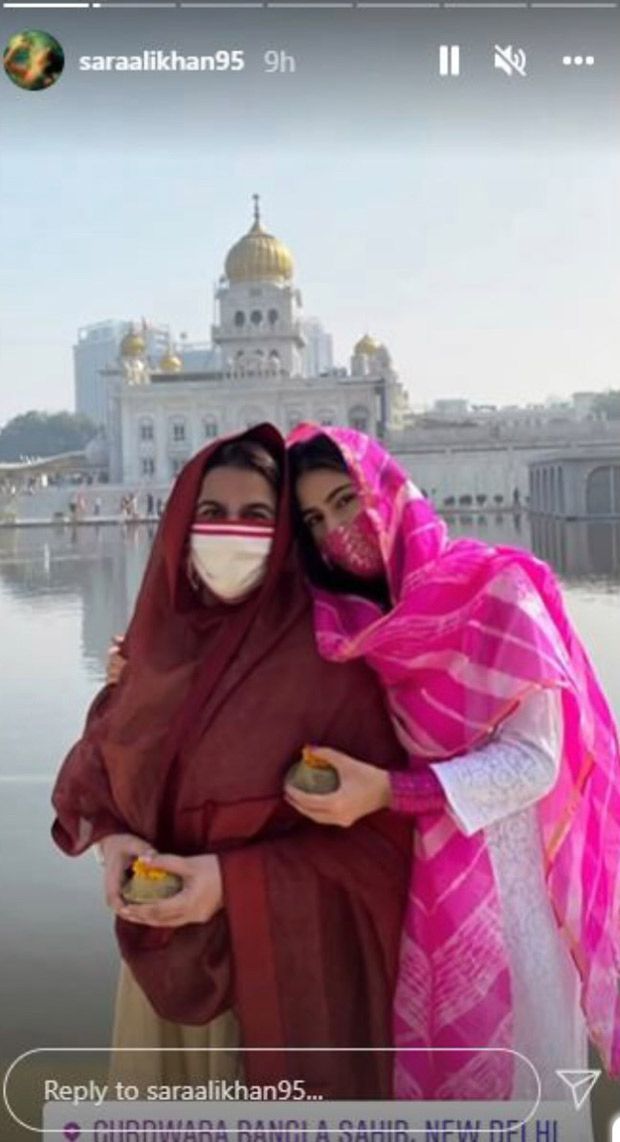 In another story, we dotted Sara with her mama Amrita Singh. The veteran Bollywood actress accompanied her daughter to visit the iconic Bangla Sahib Gurdwara in Delhi. For her voyage, Sara kept it traditional as she wore a white salwar suit, paired with a pink dupatta, matching mask and bangles. 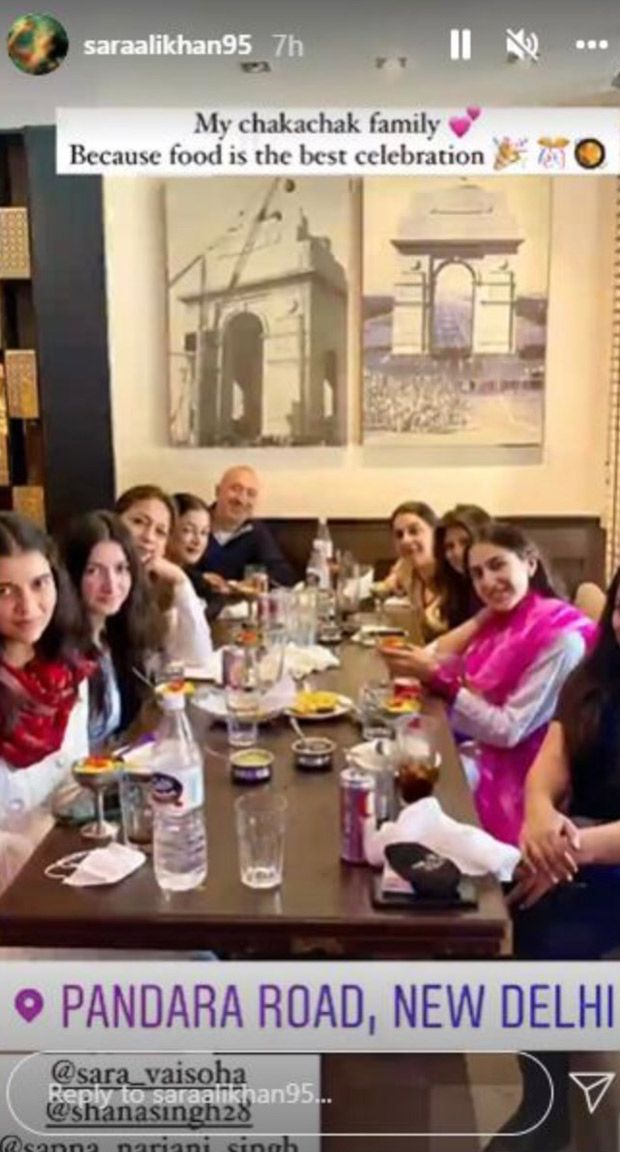 Later, Sara Ali Khan also enjoyed lunch with her team whom she referred to as her “chakachak family.” She continued in the caption of the picture, “Because food is the best celebration.” 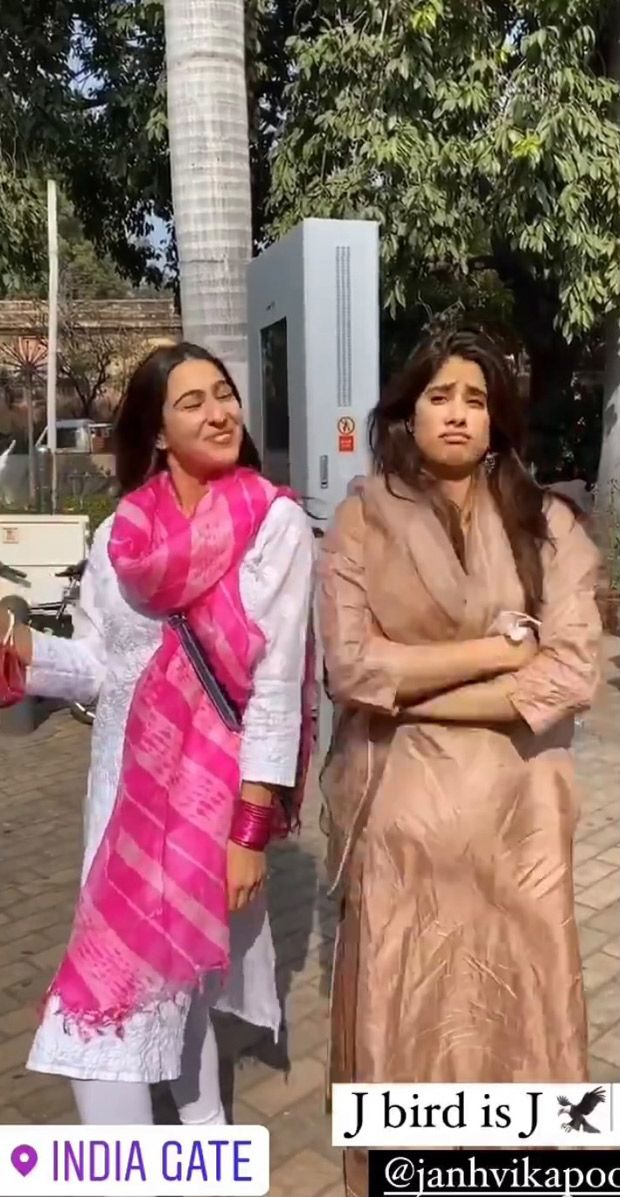 Talking about Atrangi Re, the highly-anticipated project was declared openly last year. The film marks Dhanush and director Aanand L Rai’s second collaboration after the 2013 film Raanjhanaa. Akshay Kumar will share the screen with Dhanush and Sara in the lead role.

On the work front, Sara Ali Khan was last seen on the sets of Bigg Boss 15 promoting her movie Atrangi Re where the host Salman Khan and Sara exchanged a fun banter. Project wise. She will next star opposite Vicky Kaushal in The Immortal Ashwatthama. Directed by Aditya Dhar of Uri: The Surgical Strike fame.