This coming Friday, BTS fans will be blessed with 'BE (Essential Edition)'. Every day, there's new content released by global popstars giving a peek into what went into the making of their chart-topping album. An ARMY room illustration was created by BTS, similar to their room versions that were released back in November 2020. Suga kicked off the illustration and, it was followed by RM, Jungkook, Jimin, and V who made some additions to it, and now it's time for J-Hope to add his ideas to the room! 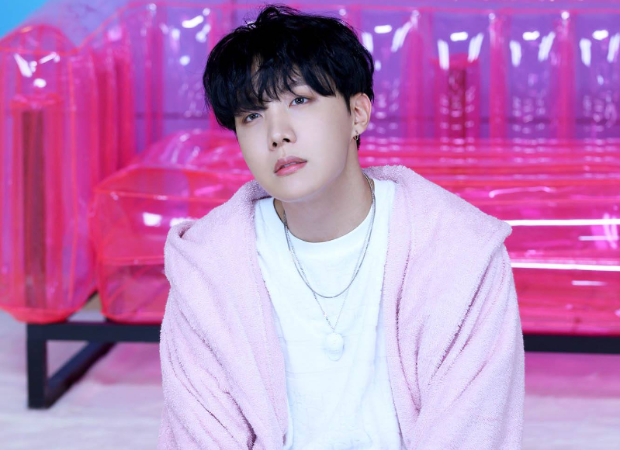 "I think the best thing for ARMY's room in the winter cold is a rug that can make each moment your feet touch the floor nice and warm. I think an ordinary rug might not be enough to express the warmth I want to send your way, so I put down a rug with hearts all over it to show my love for you. I personally prefer to sit on the floor than on the sofa. I think there might be ARMY out there like me. In that case, a rug is a must, right? I wanted to make sure in ARMY's room a rug that can embrace you full of love and warm like I can," says J-Hope in his voiceover while talking about adding a rug in the ARMY room.

"I think a scent is the strongest memory that lingers between a person and another. A pleasant memory might fade over time, but a whiff of scent from way back then brings it back like it was yesterday. So I put in perfume that will make beautiful memories of BTS and ARMY together come alive again. One is for us, one is for ARMY. What's their scent like? Different for each memory with us that you recall in your mind, ofcourse," he says.

J-Hope is quite a ball of sunshine! Adding a rug with seven hearts engraved on it, he keeps the seven members in mind and wants to convey that even on the coldest days, BTS is here to provide the warmth and love you need. Additionally, the scent is such a rare form of keeping memories alive in your hearts. So J-Hope expecting that ARMYs continue to remember the days spent with BTS is quite a beautiful touch he has made to the ARMY! It is thoughtful and heartwarming!

'BE (Essential Edition)' drops on February 19, 2021, two days before the one year anniversary of their record-breaking full-length album 'Map Of The Soul: 7'.  The Grammy-nominated group is set to perform a special edition of its MTV Unplugged franchise, MTV Unplugged Presents: BTS. The worldwide music event will build off the iconic series with a fresh new take Tuesday, February 23 at 9 PM ET (February 24, 7:30 am IST) exclusively on MTV in the US and will air around the world beginning February 23.