Last Updated 17.05.2022 | 10:26 AM IST
feedback language
follow us on
Bollywood Hungama » News » Bollywood Features News » BTS get into Christmas spirit with Butter Holiday Remix after wrapping up Permission To Dance in LA sold out stadium concerts

Following the closing of their sold-out four stadium shows at SoFi in Los Angeles, the 21st-century pop icons BTS dropped a brand new holiday remix of 'Butter' today. The new remix is a carol pop genre track that underscores the trademark bright energy of the original version with an added touch of warmth and coziness reminiscent of a festive ambience, just in time for the holiday season. 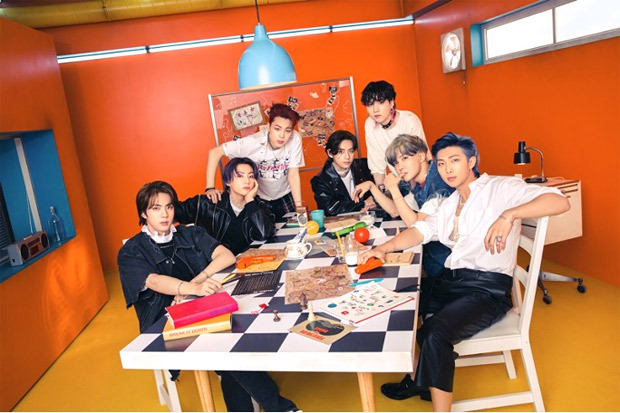 Earlier this year, BTS topped the Billboard Hot 100 for ten weeks with 'Butter', a global mega-hit dubbed 2021’s song of the summer. The song also earned the BTS “Artist of the Year” award at the 2021 American Music Awards. In addition, the septet received their second “Best Pop Duo/Group Performance” Grammy nomination with the track. BTS released the remix to express their gratitude for the enthusiastic support and love from their beloved fans, ARMY.

The band recently reunited with their fans through ‘BTS PERMISSION TO DANCE ON STAGE - LA,’ their first offline concert since 2019, at LA’s SoFi Stadium on November 27, November 28, December 1, and December 2.