South Korean group BTS released the fifth episode from their docu-series Break The Silence on Tuesday, May 26 on their app Weverse. The episode featured the grandeur moments when they performed two shows at the Wembley Stadium last year, creating history by becoming the first Korean act to perform at Wembley. The episode was followed by several moments from their sold-out Love Yourself- Speak Yourself stadium tour in Paris, Osaka, and Seoul. 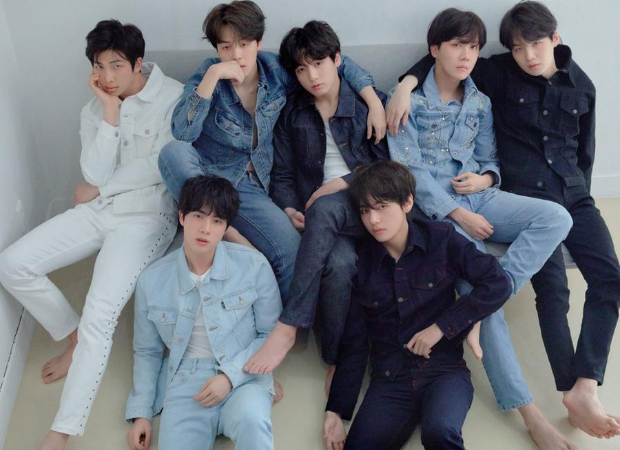 During the episode, Suga revealed that an interesting part that is quite emotional. This was in 2018 when the BTS was contemplating how to go about their journey as a band. For unversed, during MAMA 2018 speech, Jin had revealed that at the beginning of the year, the members had a discussion about disbanding but instead they powered through their difficult times and came out stronger than ever.

In Break The Silence episode, Suga said he wrote 'Outro: Tear' from 'Love Yourself: Tear' album, that released in 2018 while thinking about the members. The track, that is performed by rappers RM, Suga, and J-Hope, truly resonated with the fans. "The lyrics for 'Tear' were written for the members. At the time, we were deeply contemplating whether we should quit or not. When I played the song for the members, we all cried together."

The lyrics truly depict what they were feeling during the difficult time of 2018. "We walked towards the same place / But this place becomes our last / Although we used to talk about forever / Now we break each other without mercy / Although we thought that we dreamed the same dream / That dream has finally become a dream / My heart is torn, please burn it instead / So that pain and regret, none of that would be left."

J-Hope ends the track by rapping, "Breakup, incurable disease / You're my beginning and my end, That is all / My meeting and my farewell / You were everything, step forward fear / It will be repeated, caused by you / Tear, Tear." Since it was outro, which meant the end of the said, it meant that the painful period that all seven members were going through was coming to an end. It also showcases how much they endured in order to love themselves by overcoming the biggest hurdles.

2018 was the biggest year for BTS. 'Love Yourself: Tear' became BTS’ first Number 1 album on the Billboard 200 chart as they made history by becoming the first Korean act to reach that spot on the chart.

Meanwhile, BTS is currently working on their next album after dropping their fourth LP, 'Map Of The Soul: 7' in February, this year. Suga dropped his second mixtape 'D-2' on May 22, 2020 after his 2016 mixtape 'AGUST 2'.