South Korean group BTS has been keeping themselves busy by doing everything from interacting with fans to making music among other things. BTS member V is known to be very interactive with fans on their app, Weverse. He invites them to play games and even leaves cute comments on their posts. 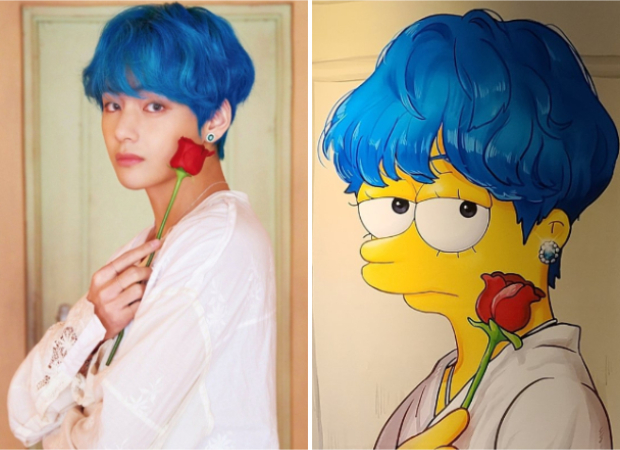 Today, he shared two posts - one on Weverse and one on Twitter - as fans made The Simpsons version of him which he absolutely loved and got them framed. Striking a pose while looking at the frame, he wrote, "Army painted me" with a smiley emoticon.

Interestingly, on the very same day, V broke a huge record. He surpassed the widely popular PSY’s ‘Gangnam Style’ record by attainting 88 No. 1s on iTunes worldwide. Back in 2012, PSY became the first Korean solo artist to ever top the iTunes chart. V has now beaten the eight-year record with ‘Sweet Night’, OST for Korean drama Itaewon Class. He becomes the first Korean solo artist to have 88 No.1s on the iTunes chart.

Meanwhile, BTS members are currently working on their next album after the stupendous success of ‘Map Of The Soul: 7’. They are set to drop their Japanese album in July.