On March 4th, the auspicious day of Maha Shivratri, and the culmination of the Kumbh Mela, the team of Brahmastra, Ranbir Kapoor, Alia Bhatt and Ayan Mukerji, launched a swarm of drones that illuminated the evening sky to reveal the Brahmāstra logo. Above the confluence of three sacred rivers - the Ganges, the Yamuna and the mythical Saraswati, at the sacred Triveni Sangam of Prayagraj, with a background of over 10 million visitors, a whole phalanx of drones flew overhead to light up the sky with the logo of the film. 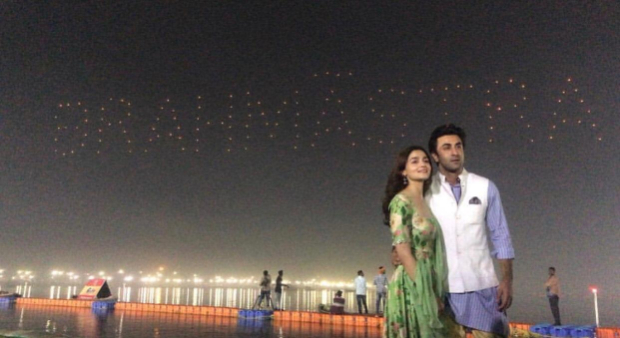 Set in contemporary India, but imbued in Indian mythology, magical energies and powers, Brahmastra is a film that takes us to a spectacular new world beyond our imagination - a blend of massive spectacle, storytelling and emotion. The makers could not imagine a more fitting platform than the Kumbh to commence the Brahmastra journey.

Says Karan Johar, “The Kumbh is the epitome of our rich cultural history and is a reminder of our roots. It is everything that India stands for, a confluence of spirituality and history.”

Adds Apoorva Mehta, CEO, Dharma Productions, “There could not be a more befitting canvas for us to initiate our journey. We thank the platform for this wonderful opportunity." 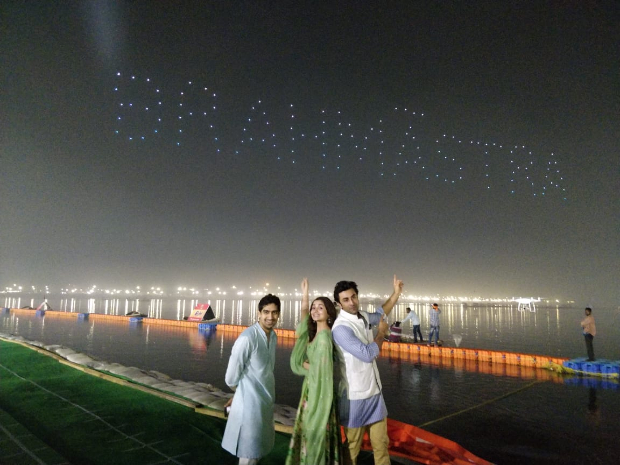 Vijay Singh, CEO, Fox Star Studios, said, “Brahmastra, at its core, is a vehicle that brings alive the boundless wisdom of ancient India. And what better event than the Kumbh that showcases India at its finest, as an ancient tradition of all its different cultures coming together in a glorious melting pot.”

Ayan Mukerji said, “Brahmastra is a film deeply inspired by the spirit of Indian history and mythology. The film aspires to touch that chord of Indian spirituality that exists within all of us. I feel very grateful that we can kick start the journey for our very ambitious film on the occasion of Maha Shivratri at the Kumbh Mela. May all the positive energies at Kumbh rain down upon our movie! “

From a strategically placed take-off and landing pad at the sangam point, the drones went through several levels of checks, simulations, capability tests, formation pre-runs and light sequencing to prepare for the grand logo reveal. Special drone pilots were engaged to make this spectacle happen. The planning and execution took over 6 months to come together.

Shikha Kapur CMO, FSS, said, “This has been the most exciting and challenging launches to plan and execute. What seemed like an impossible idea became a dream we committed ourselves to pursue. It’s a testament to the passion that FSS, Dharma and all our partners bring to the film to make the impossible happen”

The Brahmastra trilogy is a three–part–film, the first part is slated for release on Christmas 2019.