Few months ago, news was that Tajikistan singer Abdu Razik was roped in by Salman Khan for his forthcoming film Kisi Ka Bhai Kisi Ki Jaan. But what many didn’t know was that the internet sensation has now become a part of the Indian television. The popular creator has now become a reality show contestant and is currently seen winning hearts on Bigg Boss 16. Other contestants like Tina Datta, Shalin Bhanot are seen bonding with Abdu and in a recent promo we can get a glimpse of the fun bond he shares with the superstar Khan. 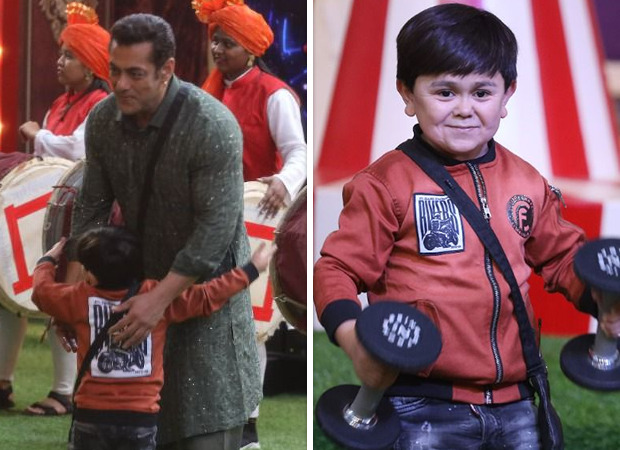 Salman Khan has been one of the most beloved hosts of Indian television as the superstar has been seen tactfully handling controversies, fights, and arguments in several seasons of Bigg Boss. Now that the first episode of Weekend Ka Vaar is nearing, Salman will be seen interacting with the contestants in the house, hearing their concerns, and intervening on matters.

In a recent promo that was released on social media, Salman Khan was seen quizzing Abdu, “Are you happy?” When Abdu responded positively, Khan continued, “You want to be more happy? I have got a surprise for you.” While Shalin holds the surprise gift box, Abdu is seen unwrapping it excitedly, only to find his ‘favourite’ dumbbells. Continuing his conversation with the internet sensation, Salman adds, “You want to impress all the girls with your body haan!”  On the other hand, a thrilled Abdu, after expressing his gratitude towards Khan, immediately starts practicing with it.