Day by day we've been watching the game of Bigg Boss 15 spicing up. From love, drama, friendship, strategies, the show is an amalgamation of every element that picks up the entertainment quotient. Recently, the latest Weekend Ka Vaar episode garnered a lot of attention as it was full of spicy elements. 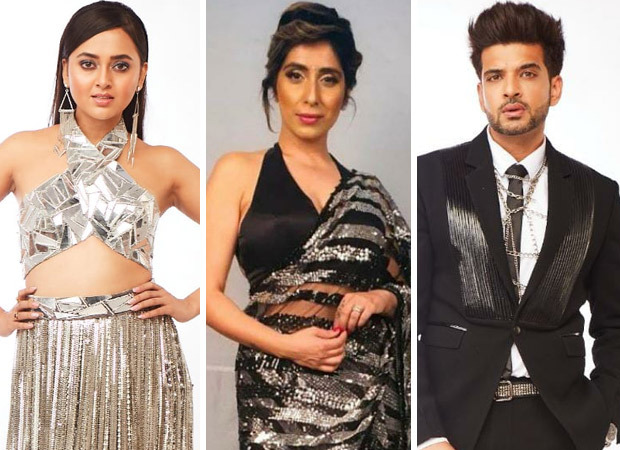 The episode started with Bunty Aur Babli 2 stars Siddhant Chaturvedi and Sharvari Wagh entering the house to conduct a special task. the task involved the housemates putting mud on each other depending on the category they fit in.

As the task commenced, Neha Bhasin was called first and was asked to give the Gossip tag. For that, she took Karan Kundrra's name for being the person who does maximum gossip in the house. Neha's allegation didn't go well with Karan and both of them get into a war of words. Neha even called him 'fattu' and someone who gossips behind people's backs and sugar-coats in front of them. When it was Karan's turn, he was asked to choose the most unwanted contestant and he chose Neha Bhasin for the same. later, Tejasswi was called for giving the title for most dishonest person and she also chose Neha.

After the task was wrapped up, the contestants went for getting ready for the Weekend ka Vaar episode. While they were heading towards getting ready, Neha confronts Tejasswi for giving her the tag. To which the actress agrees that she has not been a dishonest person. Neha then also tells Tejasswi that she should have openly accepted in front of everyone that she did not like her throwing mud on her boyfriend and hence she is seeking revenge. To which Tejasswi gave a heavy reply that has just left stunned. Tejasswi accepts it and said, "haan mujhe accha nahi laga ki aapne mere boyfriend par keechad pheka".