In the promo of the upcoming Monday episode of Bigg Boss 14, Salman Khan introduces a new twist. In the promo, the host is seen introducing a new way of graduating 'to be confirmed' to 'confirmed' for the freshers. Khan asks the freshers to choose a senior's team, hinting at an upcoming competition between the seniors: Hina Khan, Gauahar Khan and Sidharth Shukla. 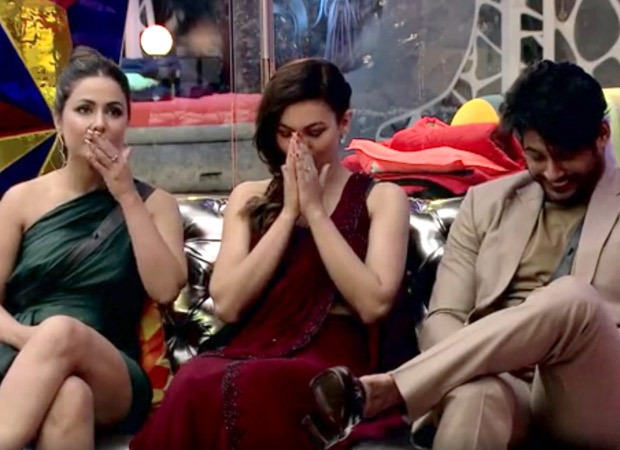 The promo shows freshers making their choices and why they want to join a particular senior's team. The contestants are seen discussing which team to join based on their personality and the personalities of the seniors.

In another promo video, Salman asks contestants to name people whom they would not like seeing in the to be confirmed list and asks to spray foam on their faces.

In yet another promo video, Salman is seen asking the seniors to vote out one from the bottom three. Hina and Gauhar go with Shehzad. This leads to a tie of votes and Salman asks Sidharth Shukla to make the deciding vote. Shehzad Deol, Jaan Kumar Sanu and Abhinav Shukla are in the bottom three. Take a look:

ALSO READ:Salman Khan compliments Nikki Tamboli on Bigg Boss 14, says “You aren’t hesitant to face anything in the house”