After reports of Paras Chhabra walking out with Rs. 10 lakh money bag and Arti Singh getting evicted from the grand finale, the final battle has come down to just four contestants. Rashami Desai, Sidharth Shukla, Asim Riaz, and Shehnaaz have been the most talked-about contestants and will now battle it out for the winner's trophy. 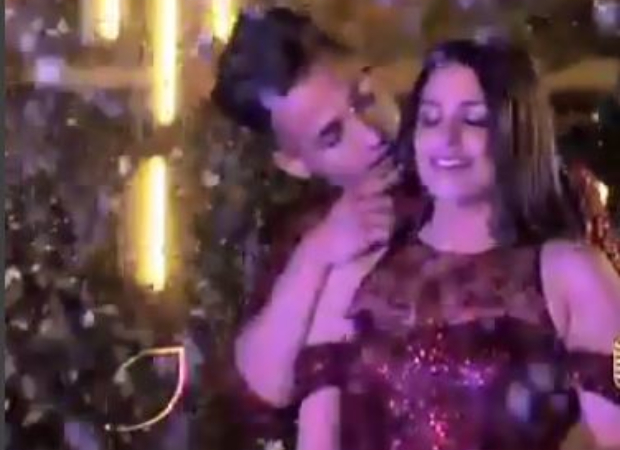 The makers of Bigg Boss have been dropping in promo videos from the finale episode and from the looks of it; the episode is going to be grand. Contestants will be engaging in one final performance which will be reflecting on their behaviour in their house with the other housemates.

Asim Riaz, who has expressed his love for former Bigg Boss 13 contestant Himanshi Khurana, performs on a very romantic track with the latter. In the promo video uploaded by the makers, Asim can also be seen getting down on one knee and offering Himanshi a ring.

For the unaware, when Himanshi Khurana re-entered Bigg Boss 13 as Asim Riaz’s connection, the lover boy couldn’t help but go down on his knee and asked her to marry him. While it all happened very quickly, Asim Riaz couldn’t wait further to start his life with her. Himanshi had however not answered his question to which Salman Khan asked him to stop pestering her if she’s not interested.

Meanwhile, Salman Khan will be unveiling the name of the contestant who will be winning the BB13 trophy on tonight’s episode.