Bigg Boss 13 contestants Rashami Desai and Devoleena Bhattacharjee turned out to be thick friends during their staying at the Bigg Boss house. While most of the contestants were seen fighting amongst themselves, some bonds grew stronger in the house. Rashami Desai found a good friend in Devoleena and the two ladies are now setting BFF goals. 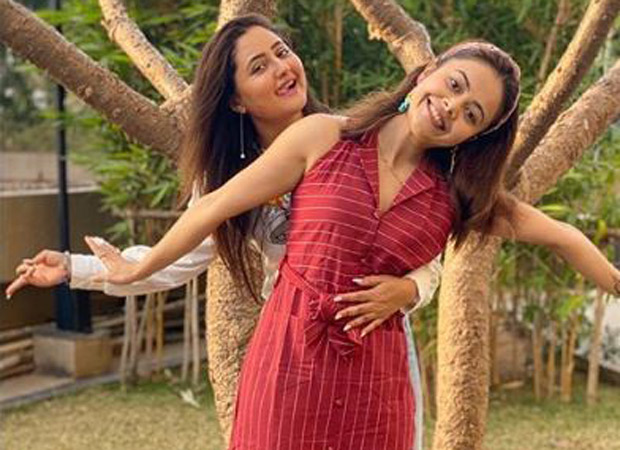 While most friendships end after they leave the house, Rashami and Devoleena continue to bond. On Thursday, Rashami took to her Instagram handle to share a picture with Devoleena. Sharing a fun picture of the two, Rashami wrote, "You know you're in best company when your awesome friendship with your buddy instantly lightens up everyone's face."

You know you're in best company when your awesome friendship with your buddy instantly lightens up every one's faces. ???? . . #RashamiDesai #devoshami #ItsAllMagical #love

Earlier in one of her Instagram posts, Rashami had called Devoleena her soul sister. The two even went live recently from Devoleena’s handle on Instagram and interacted with their fans. Apart from Devoleena, Rashami has also been in contact with other Bigg Boss 13 contestants

Recently, she had shared a video of hers with Mahira Sharma in which they were dancing on Dheeme Dheeme song.

Also Read: Bigg Boss 13 contestant Rashami Desai reveals she has resolved all issues with her mother