Bigg Boss 12 's yesterday's episode was one of the most interesting ones because well, the makers got in not one but two wild card entries in to the house. Like we earlier reported, television actor Rohit Suchati entered the house first and much to the surprise of the housemates, there was yet another entry in the house! For the first time ever Megha Dhade, winner of Marathi Bigg Boss, came as wildcard entrant. The inmates got insecure with this addition because everyone knows Megha to be a touch competitor. She came in and advised everyone on their game and tactics they're using to stay in the house. 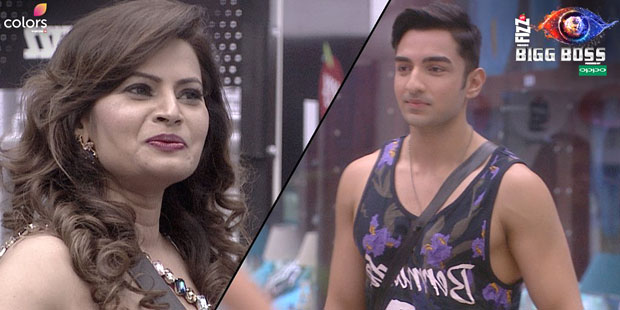 She openly supported Surbhi and said that she likes the game she's playing but she has to be very careful with her temper. If the happens, there would be no stopping for her. Rohit on the other hand was seen fraternazing with Romil and Shivashish. He persuaded them to nominate Sreesanth on the grounds that he has a general loser's attitude in the house and tries to escape from hard situations almost every time. Megha also looks pretty convinced that Sreesanth should go.

At the nominations, there was a lot of argument over whom to nominate this week, amongst all contestants. At the end, candidates nominated are: Surbhi Rana, Anup Jalota, Saba Khan and Srishty Rode. All inmates who got nominated were pretty uspet with the others. Now, it would be interesting to see how equations change after Megha and Rohit came in the house. Megha has the potential of turning everything upside down in the house and contestants and therefore and rightfully very wary about her.

The Bigg Game is about to take an interesting turn with the entry of 2 new wild card contestants! Tune in now for your dose of entertainment. #BB12 #BiggBoss12 pic.twitter.com/1XGm3h2NtT