The countdown for the big Diwali 2018, Thugs of Hindostan starring Aamir Khan, Amitabh Bachchan, Katrina Kaif and Fatima Sana Shaikh has begun. With less than 20 days left for the film release, the trade has started the prediction game, wherein the expectations as far as opening is concerned lies in the range of Rs 42 to 55 crore. Whenever a Khan film has released solo during the Diwali weekend, the post-Diwali day, which is considered to be the biggest holiday of the year, has recorded the biggest single day collection of all time. And Thugs of Hindostan is expected to be no different. 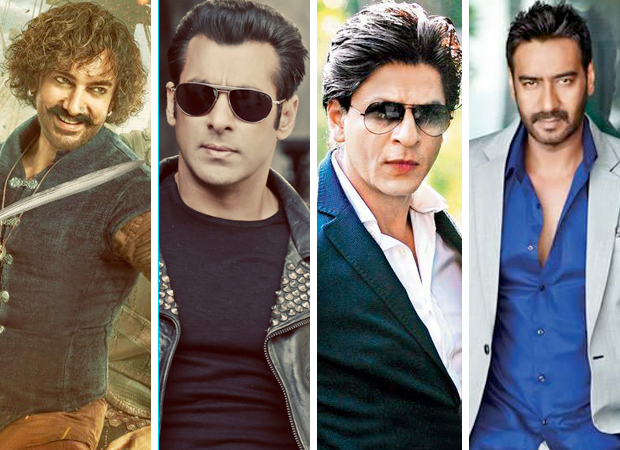 The film produced and distributed by YRF will be looking to release on approximately 4700 to 4800 screens in India, thereby being the biggest release of all time. The current record holder for the widest Bollywood release is Salman Khan’s Tiger Zinda Hai that released on nearly 4600 screens across India. The last two Khan releases on Diwali i.e. Happy New Year (3850 Screens) and Prem Ratan Dhan Payo (4200) clocked 70 to 75% occupancy on their opening day and proved to be record openers collecting around the Rs 40 crore mark.  If Thugs of Hindostan opens at the same level i.e. 70 to 75% occupancy on 4800 screens, the opening day collections would be around Rs 45 crore, and this is without considering the year by year inflation and the GST benefit that Thugs of Hindostan will get. If we add the inflation (increase in ticket rates) as well as the GST benefit to the above figure, then the opening day collection of Thugs of Hindostan should be around Rs 51 to 53 crore as the average tax % fell from 35% to 28%.

Last year saw the release of Ajay Devgn’s Golmaal Again on the Post-Diwali day and the film clocked occupancy of 70% on 3300 screens and raked in a little over Rs 30 crore in India. The release size of Golmaal Again was fractured due to a clash with Secret Superstar, however with a solo release; it did stand a chance to rake in Rs 40 crore on its opening day. None the less, Thugs of Hindostan will be looking to match up to the occupancy percentage of Happy New Year, Prem Ratan Dhan Payo and Golmaal Again on the post Diwali day and rake in some unheard figures on its opening day. We would go ahead with an optimistic prediction of Rs 51 crore if the film releases in Madhya Pradesh and Rs 46.50 crore if it doesn’t find a release in Madhya Pradesh. Although the response to the theatrical trailer as well as first song is quite mixed, it doesn’t really impact the opening day prospects of the film as it is the biggest film of the year starring one of India’s biggest Superstar, Aamir Khan and releasing on the biggest day of the year i.e. Post Diwali. The pre-release hype and excitement will help the film take an earth-shattering start and it will only be from the 3rd or 4th day that the word of mouth will come into picture. The film has all the commercial trappings which include an item number by Katrina Kaif, to get the audience at the B and C centres on board, whereas Aamir Khan is undoubtedly the biggest crowd puller in the metros and the culmination of these two factors should ensure a huge opening all across i.e. EAST – WEST – NORTH - SOUTH.