The team of Bhool Bhulaiyaa 2 is in high spirits with them receiving appreciation from all quarters. The film has been roaring at the box office with theatres opening to houseful collections. Now, even Bollywood celebrities are sharing positive reviews about the film. The recent one to take to social media to speak about the Kartik Aaryan, Kiara Advani starrer is Rakul Preet Singh. 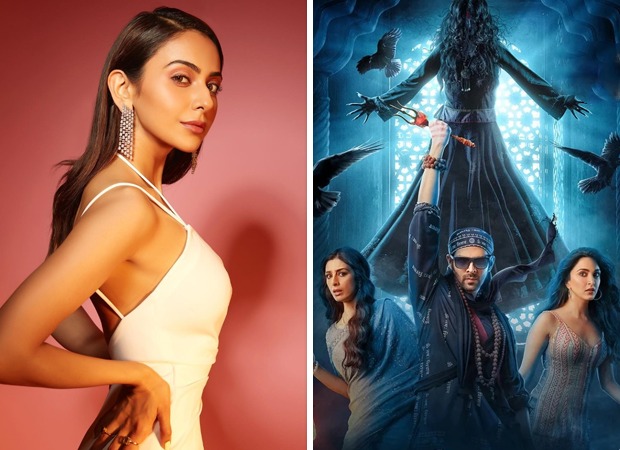 Rakul Preet Singh, who was last seen in Runway 34, had taken to Twitter to speak about the film. While we assume that she is yet to catch up on the film, she mentioned in her post that she has been hearing so many good things regarding Bhool Bhulaiyaa 2 that she decided to take to the platform to extend her warm wishes to Kartik Aaryan, Kiara Advani and the rest of the team of the film. She posted, “Congratulationsssss @TheAaryanKartik @advani_kiara #tabu ma’am and the entire team ! Hearing such amazing things about the film ????????❤️❤️???????? #BhoolBhulaiyaa2.”

Bhool Bhulaiyaa 2 also stars Tabu, the famous Mihir Virani aka Amar Upadhyay, and Rajpal Yadav among others. While the film is said to be sequel to the 2007 horror comedy, it is a completely different story with a different set of characters.

On the other hand, talking about Rakul Preet Singh, she has a couple of interesting projects in the pipeline. She will next be seen in Doctor G starring her alongside Ayushmann Khurrana where she will be seen as a medical professional. The next film is Thank God that sees her reuniting with her Marjaavan co-star Sidharth Malhotra and Runway 34 co-star Ajay Devgn.