Actor Bhavesh Kumar's second film, The Winds (Hawayein) is releasing in early 2020. After Debuting with the film P Se Pyaar F Se Farrar, Bhavesh made a mark in Bollywood, and was praised for his acting. His second film Hawayein took period of about 2 years to get complete.  Made all over India, the film is based on the traveling genre, in the film a young boy travels from the beautiful Himalayan peaks of North India to the vast sea of ​​South India have shown journey of his life. 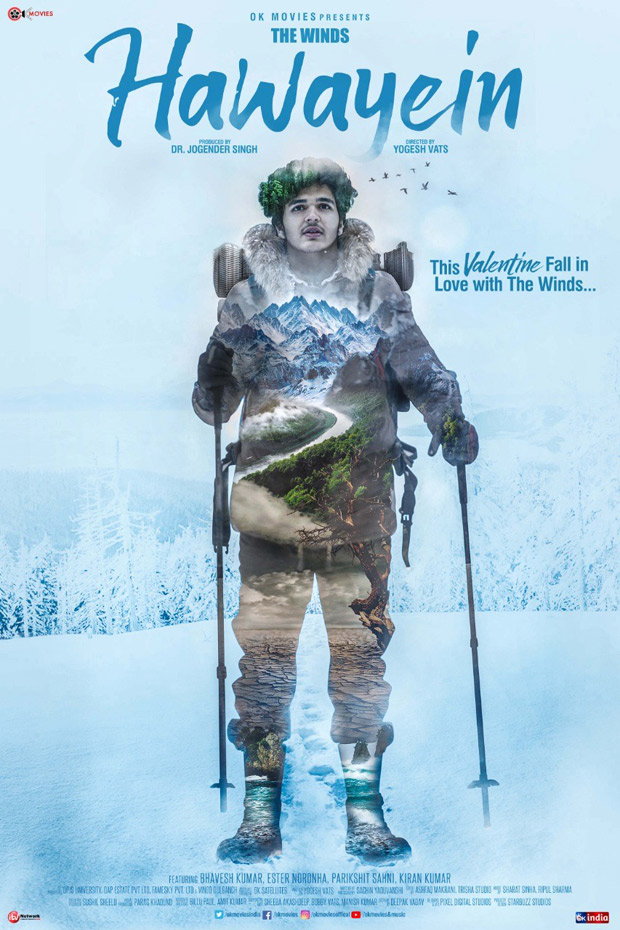 As, we keep on traveling, down the lane from the childhood to the grandmother's house to the youth of Ladakh, and that's how the human being gets to know oneself and the society is shown in this film. The film has been produced by OK Movies and the director of the film is Yogesh Vats.

Apart from Bhavesh, veteran actors like Ester Noronha, Parikshit Sahni, Sheeba and Kiran Kumar have also played important roles in the film. Bhavesh started his acting career by taking training from New Film Academy and he selected the script of both the films carefully according to his sense of interest.

Bhavesh is unabashedly interested in working in new genre films, from the age of 16 and started his acting career, coming up with two more films in 2020, which he made under Bollywood's renowned production house. Bhavesh is the only actor of 6 feet 6 inch height, because of his personality, Bhavesh's fan base is growing very quickly.

The Winds is releasing this valentine; I believe this film will be a great film for the youth. I have worked hard in the film which was in demand for the script, this valentine will make you feel the winds.