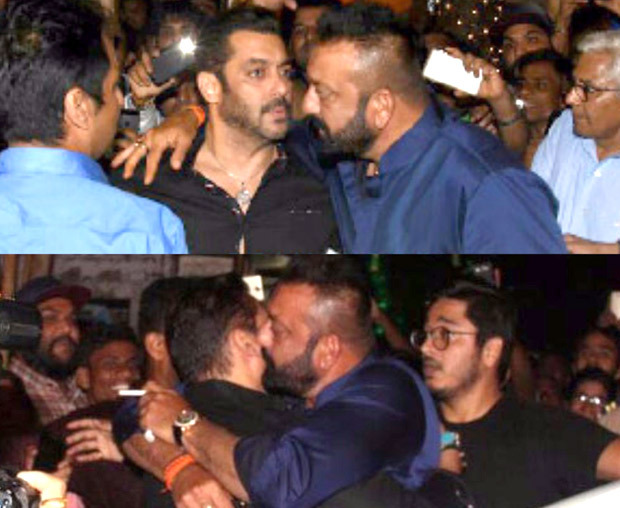 It's that time of the year when the entire nation celebrates the auspicious days of Ganesh Chaturthi. Bollywood celebrities welcomed Bappa into their homes or visited other celeb's homes to seek blessings. Just like every year, the Ambani family threw a grand bash and invited the whole of the film industry to seek the blessings. 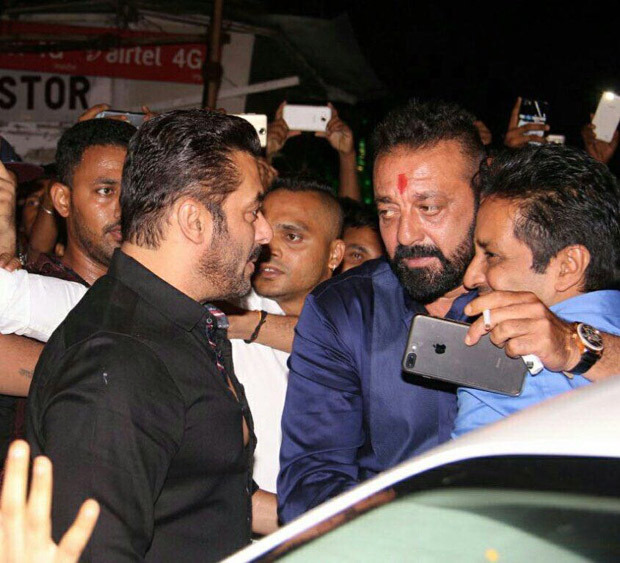 It is at this bash that Salman Khan met Sanjay Dutt and it seems like all is well between them. The two of them hugged and greeted each other while surrounded by a mob of paparazzi. Salman Khan and Sanjay had a brief conversation and shared a few laughs and these moments were caught by the shutterbugs. 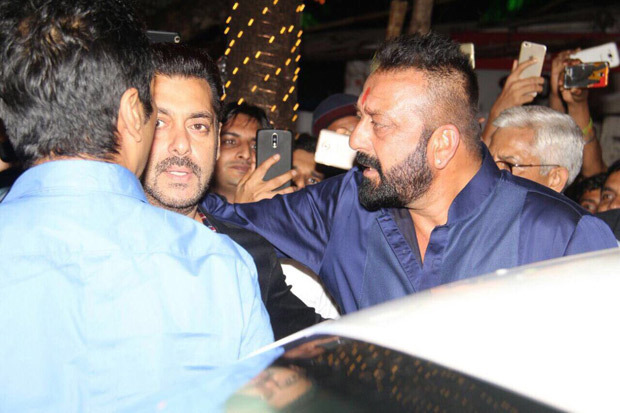 Earlier, since Sanjay Dutt came out of jail, there were speculations that Salman Khan and Sanjay Dutt were not on good terms. But, it seems like there is nothing to be worried about.

On the work front, Salman Khan will be seen in Ali Abbas Zafar's Tiger Zinda Hai with Katrina Kaif. It is scheduled to release on December 22. Sanjay Dutt is returning to the big screen after a long time with Omung Kumar directorial, Bhoomi. The film stars Aditi Rao Hydari, Sharad Kelkar and newbie Sidhant Gupta. The film is scheduled to release on September 22, 2017.