The modern-day stars Ayushmann Khurrana and Radhika Apte have broken several stereotypes in the industry when it comes to choosing roles. They even starred together in last year's Andhadhun which was highly appreciated by critics and audience. Tonight, they will be gracing the grand finale of Neha Dhupia's chat show, BFFs With Vogue. 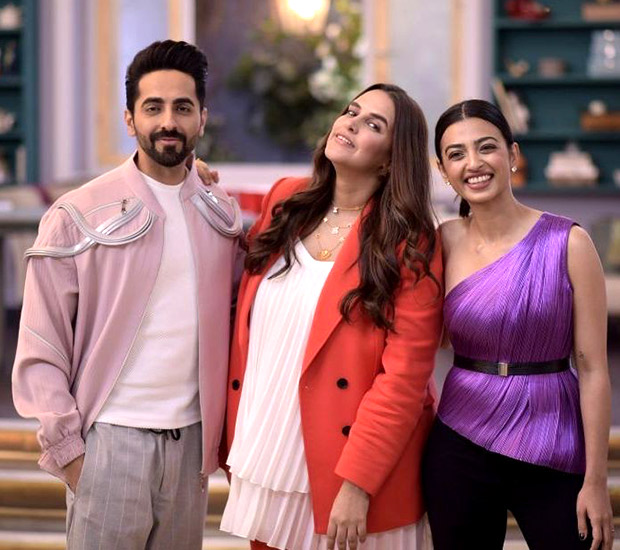 With the third season coming to a close, the stars made interesting confessions on the show. Neha Dhupia asked Ayushmann Khurrana a hit film of his which he almost quit or wanted to quit. After a brief pause, he said, "Bareilly Ki Barfi." This shocked both Neha and Radhika as the latter said, "You were so good in it ya". Neha said, "You were so good in it and it would have been such a loss seeing someone else in it."

Bareilly Ki Barfi starred Ayushmann Khurrana, Rajkummar Rao and Kriti Sanon which released in 2017. Since then, the actor has been giving hits after hits.

In the episode, Radhika Apte also revealed that she was rejected for the lead role in Vicky Donor. The lead role went to Yami Gautam which marked her debut in the films alongside Ayushmann. Radhika revealed the reason she was rejected was because she was overweight. “I had gone on a holiday for a month, drank a lot of beer, ate loads of food. I told them that I’ll come back and lose it. But they did not want to take a chance. I don’t get affected by rejection at work, but the weight thing really messed with my head,” she said.

Ayushmann Khurrana and Radhika Apte will appear on the grand finale of the season three of Neha Dhupia’s show which will air on Friday, June 28.

@nehadhupia’s question left @ayushmannk stumped! Tune in for #BFFsWithVogue tonight at 9 PM to watch him with his #BFF @radhikaofficial answer our questions! Presented by @jeepindia | Powered by @realisadiamond_in | Also available on @voot.