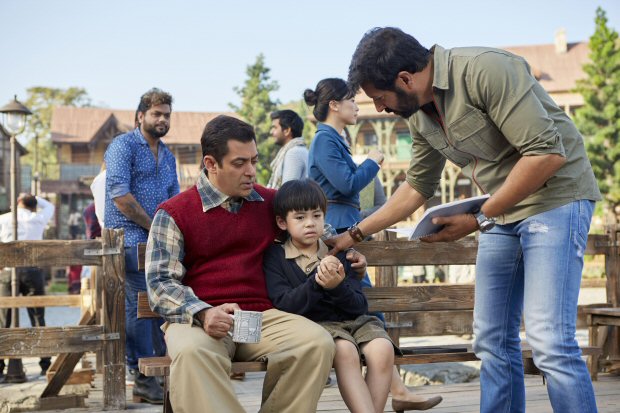 With Eid just around the corner, yet another film of Salman Khan is all set to release and he is collaborating with none other than the hit filmmaker Kabir Khan for his next Tubelight. The film has been creating curiosity since its inception and now we have come across couple of more images from the sets of the film.

Besides featuring Salman Khan, who obviously plays the protagonist in the film, the photos also have the director Kabir Khan giving out instructions as well as the young actor Matin Rey Tangu. Let us remind you that the young Chinese boy Matin was introduced by Salman Khan himself even before the release of the teaser of the film. 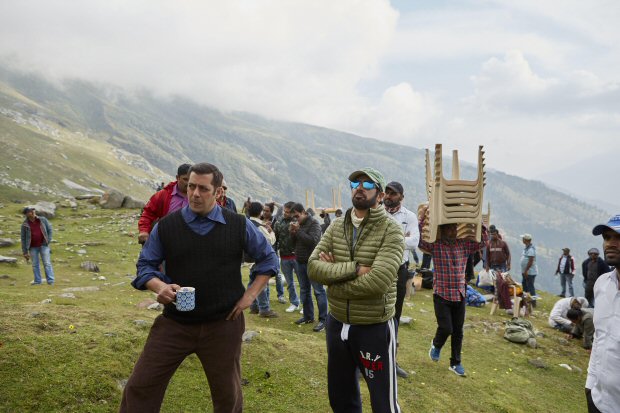 For the uninitiated, Tubelight is set during the Sino-Indian war of the 60s and it marks the debut of Chinese actress Zhu Zhu. Besides them, the film also stars Sohail Khan as an army officer and is produced by Salman Khan along with his mother Salma Khan. It is co-produced by Amar Butala. The executive producer is Rajan Kapoor, the associate producer is Garima Mehta and music is by Pritam.