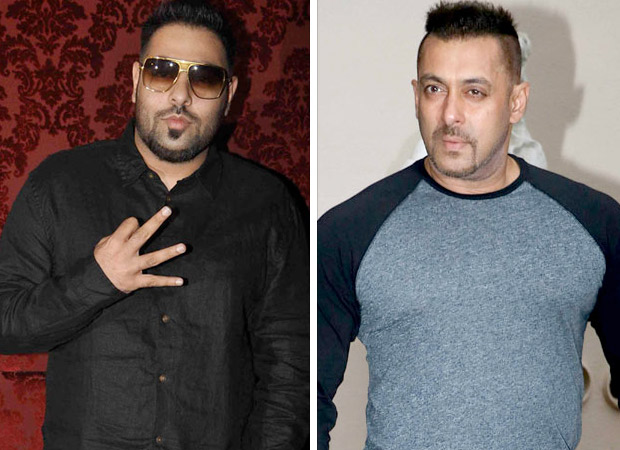 "I am looking forward to the eagerly awaited Dabangg Tour in Malaysia, Hong Kong, New Zealand and Australia but I am nervous also," revealed mercurial music hit machine Badshah in an exclusive interview with Bollywood Hungama in France recently. "There is a part where I am with Salman sir on the stage and we do something together and I am nervous about that," Badshah said.

I asked Badshah if it is a jugalbandi with Salman Khan on 'Baby Ko Bass Pasand Hai', the super hit song from Sultan? "It is a live jugalbandi sort of thing and I am very nervous about it. Mujhe nahin pata ki kya hone waala hai," Badshah said. Is it on the similar lines as Dream Team Tour in USA last year which was a huge hit or does it become bigger because Salman Khan is a blockbuster star? "Till the time Varun Dhawan, Alia Bhatt, and Parineeti Chopra were there it was all sorted but the moment Katrina ma'am used to come on the stage, everyone used to go silent since she is a tremendous performer. Here it is The Salman Khan and I hope nothing goes wrong. I am very confident and excited that I am getting such a big platform. There are several new songs that I will be performing for the Australian crowd for the first time. Prabhu sir will be there as well who is a lot of fun. So I am excited but nervous as well," Badshah said.

So Badshah will we see you performing on 'Move your Lakk'? Badshah confirmed it and also broke the news that during the Dabangg Tour a new paragraph will be added in Sonakshi's voice on 'Move Your Lakk'. "Sonakshi will be performing ‘Move Your Lakk’ and will also sing it on stage," Badshah said.