After receiving an overwhelming response to the previous two seasons that introduced audiences to some truly exceptional moms whose dancing skills, Zee TV recently launched the 3rd edition of its popular non-fiction show – DID Super Moms.  Airing Saturdays and Sundays, the new season has an exciting panel of judges which include Bhagyashree Dassani, Remo D’Souza and Urmila Matondkar.  While the top 12 contestants are competing with each other to win the trophy, this weekend is special for everyone as they have a special guest in the form of rapper Badshah and Payal Dev. 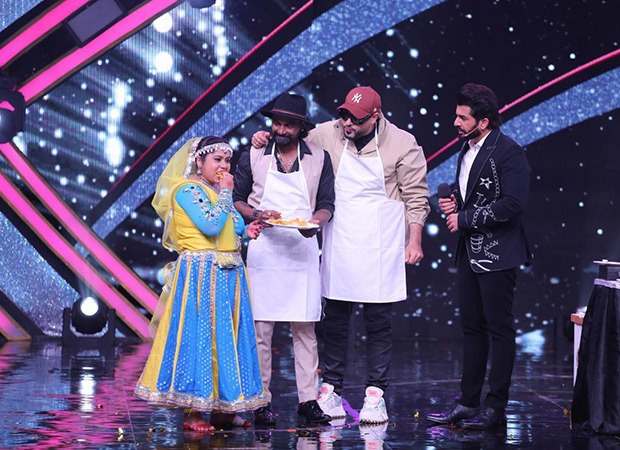 This weekend’s episode, which is said to be Bollywood Queens special episode, viewers will have a blast as they will see Badshah and Payal Dev entertaining everyone special guests on the show. While all the Super Moms put their best foot forward during the shoot, it was Babli’s performance to Sridevi’s iconic song ‘Morni Bhaaga Mein’  that grabbed everyone’s attention. However, what left Badshah surprised was her revelation that she gets hungry every 30 minutes. With the Super Mom hungry after the performance, host Jay Bhanushali challenged Badshah and judge Remo D’Souza to prepare Pakode for her as well as everyone on the set.

While Badshah was making pakode for the first time, judge Remo decided to initially help him with some cooking instructions. However, soon it all turned competitive as they made Potato, Paneer and Onion Pakode. The Pakode looked extremely delicious and Badshah even went down on his knees to serve the Pakode to Babli. What’s more, is that judges Urmila Matondkar and Bhagyashree Dassani also tasted the pakode and were all praises for their attempt.

After tasting the Pakode, Badshah also mentioned, “Uff Uff Oh lord, I think I was in the wrong field till now. I can be a chef.”

While you’ll enjoy watching Badshah’s attempt at making pakode, the episode also promises some extravagant dance performance by the Fantastic 12. DID Super Moms, every Saturday and Sunday at 9 pm, only on Zee TV!