Last Updated 16.08.2022 | 8:02 PM IST
feedback language
follow us on
Bollywood Hungama » News » Bollywood Features News » Koffee With Karan 7: Ananya Panday was asked if she hates her contemporaries and this is her answer

Koffee With Karan 7 has already been in news number of times owing to the interesting conversations that keep brewing on the show. The recent episode featuring Liger stars Vijay Deverakonda and Ananya Panday was one such example which fueled up some interesting scoops. Amidst that it looked like Karan Johar was very keen on talking about Ananya and her way of dealing with competition. While he initially quizzed her about the debuts to be made by her besties Shanaya Kapoor and Suhana Khan, he further went on to question her about her contemporaries. 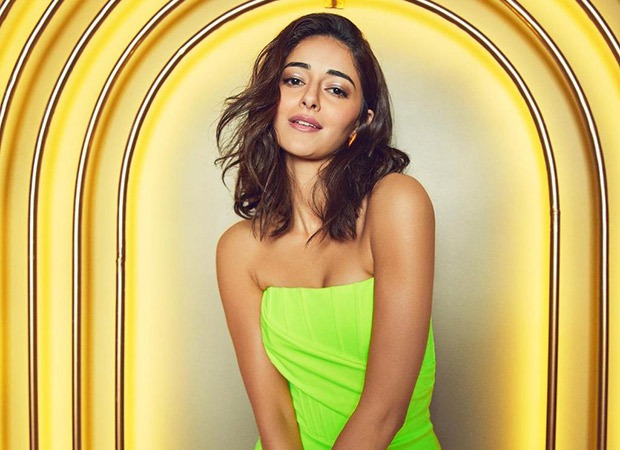 Koffee With Karan 7: Ananya Panday was asked if she hates her contemporaries and this is her answer

Amidst the show, as the conversation shifted to co-stars and contemporaries, Karan Johar introduced his ‘Koffee Inquisition’ where he inquisitively, as the title suggested, asked the SOTY 2 actress about her opinion on contemporaries and also added if she thinks she is better than Sara Ali Khan and Janhvi Kapoor. To the same, she replied, “No, but healthy competition is there… I have my insecurities. You’re going to make me cry on the show. I get insecure on stuff, because I really want to be the best.”

He further went on to prod about it asking if she likes everybody in the industry, to which, her response was, “No, right now I like everyone.” He extended the question adding, “is there someone who doesn’t like you.” “I don’t know if they don’t like me, but I think people don’t like me… I can see people not liking me. I won’t be surprised,” she replied. If that wasn’t all, when the actress was asked to tell two lies and a truth during the Rapid Fire round, she stated, “I kiss and tell, and I hate my contemporaries.”

Karan Johar responded to it saying, “It means she kisses this guy and tells her girl gang that she kissed him which I am guaranteeing you is the truth! But I also think she hates her contemporaries and she’s lying about the fact that it is a lie. That is also the truth. She has no internet in her contemporaries.” When Ananya quipped saying that she doesn’t have to give this answer, Karan concluded it, by adding, “You may not have to say it but your face said it all.”

Also Read: Koffee With Karan 7: Ananya Panday says she wants Varun Dhawan and Ranveer Singh as strippers at her bachelorette