Taapsee Pannu is currently in the midst of promoting her forthcoming Badla. In the recent interview that she did with Bollywood Hungama, she had confessed that she finds it difficult to talk about the film because it is a murder mystery and that they can’t speak about it much. On the other hand, the actress ended up speaking about varied topics, about the critical acclaim she received for Mulk and Manmarziyaan to what transpired with Pati, Patni Aur Woh makers. Amidst all these, the actress also had some intriguing answers for the Rapid Fire round where she revealed that she would like to date Taimur Ali Khan. 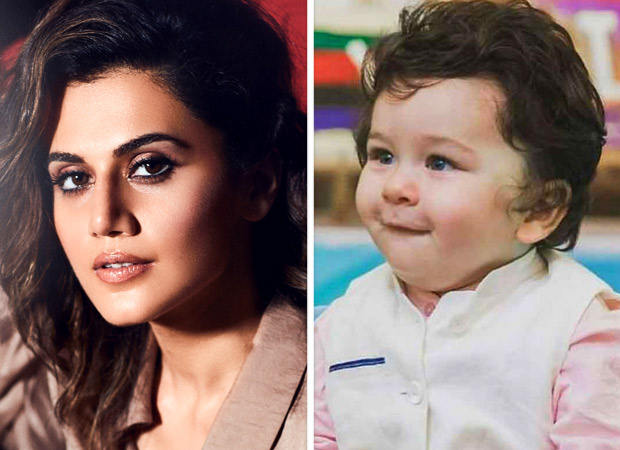 During the rapid fire round of the Bollywood Hungama interview, Taapsee Pannu revealed that she would ask her Badla producer Shah Rukh Khan when will he cast her in his film [along with him], if she gets an opportunity to give him a truth serum. On the other hand, the actress was asked during the round about whom would she like to go on a date with, from Bollywood. After thinking for a while, she replied ‘Taimur Ali Khan’ and eventually burst out laughing! While that was a safe answer, she went on explain why she can’t consider her co-stars in the dating category.

“For me, these are my contemporaries and colleagues. The feeling of eyeing someone like that goes away when you are acting with them because you know we meet them often,” added Taapsee.

Taapsee Pannu will also be seen reuniting with her Pink co-star, megastar Amitabh Bachchan in Badla for the second time. While she is super thrilled about this opportunity coming to her again, she added that the chemistry between them as co-stars have become much more comfortable with this film.

Badla, directed by Sujoy Ghosh, is a remake of The Invisible Guest and is slated to release on March 8.

Also Read: “I found Amitabh Bachchan to be more fun to work with than Abhishek Bachchan”, Says Taapsee Pannu