Last Updated 24.10.2021 | 6:50 PM IST
feedback language
follow us on
Bollywood Hungama » News » Bollywood Features News » Babil Khan shares behind-the-scenes photos of Irrfan Khan from the set of Tom Hanks’ Inferno, saying, “I have an insane legacy to live up to”

Babil Khan, the late Irrfan Khan's son, frequently posts throwback photos of his father on social media. He recently used his Instagram account to share some priceless flashback photos of the star from the set of his 2016 film, Inferno. 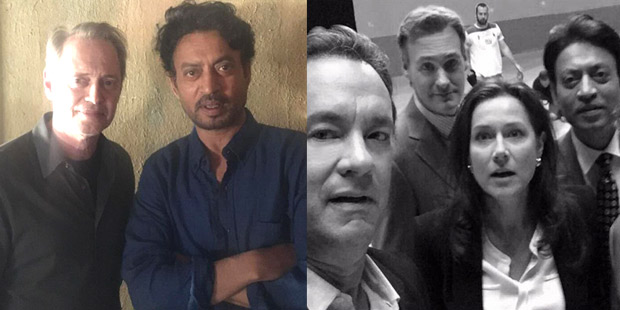 Irrfan Khan posed with Tom Hanks, Felicity Jones, and Sidse Babett Knudsen, among others, in these images. Babil wrote, ''I have an insane legacy to live up to''. As soon as he shared the post, fans showered love in the comments section.

One user wrote, ''Your Baba left his mark on billions around the world. Fans like me remember him as a part of our own families. Yes my friend, that is an insane legacy to live upto!!'' Another one commented, ''Ofcourse you do. Your father was one wonder our industry had and there's no one like his craft????????''.

Babil announced to his supporters a few days ago that he will be dropping out of the University of Westminster to pursue acting. "I will miss you so much. My beautiful friends. I have a very tight circle here in Mumbai, literally 2-3 friends in total. You all gave me a home in a strange cold place and made me feel like I belonged. Thank you, I love you. Film BA, dropping out today, with over 120 credits cause I'm giving it all to acting as of now. Goodbye university of Westminster. I love you my truest friends'', he wrote and tagged his college friends in the post.

In terms of work, he'll be making his acting debut opposite Triptii Dimri. Anushka Sharma is producing Qala, which is directed by Anvitaa Dutt.