2020 is not a good year for Hindi cinema. There’s been only one blockbuster so far, and that’s Tanhaji. The film industry is all set for another blockbuster. Producer Sajid Nadiadwala and director Ahmed Khan are sure to deliver with Baaghi 3, what with the first two films in the franchise already proven to be certifiable blockbusters. 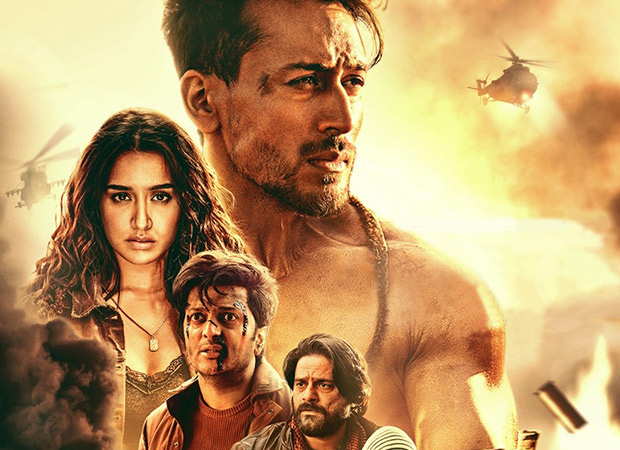 Trade insider Amod Mehra says, “After War, Baaghi 3 is the action film all are eager for as the trailer is very promising. This year only one film has been a genuine hit and that too was action packed Tanhaji. My only fear is the exams are on and so the film’s release is ill-timed.”

Trade analyst Girish Johar opines, “The Baaghi 3 trailer has taken everyone by surprise! It has struck action fans very hard and has blown away their minds. It’s very superlative and fast action sequences on a mammoth scale has made everyone speechless. The action is of a different level and fans of Tiger Shroff would do anything to catch it as early as possible. The theme of one man taking on the entire country sets up the scale and vision which the makers have. Very excited to have a brilliant start at the box-office. Will be one of the top openers of the year and I see a top start for the franchise and also for Tiger and Shraddha.”

Trade expert Atul Mohan feels Baaghi 3 will smash records. “Baaghi will be HUGE. Baaghi 2 surprised us all with the biggest opening of Rs. 25+ crores and ending up with lifetime earnings of around Rs. 165 cr. After War, Tiger has grown even bigger specially when it comes to action films and Baaghi 3 with its trailer itself has not only justified but elevated Tigers box-office status as a one-man army. One man against a nation. Look at the engagements on social media, specially Tik Tok. This one will take action films to next level.”

Adds Roshan Singh, a leading exhibitor from Bihar, “We expect Baaghi 3 to open very very big in Bihar, even bigger than Tanhaji. Tiger Shroff in action roles is a craze among youngsters. His last release War with Hrithik Roshan in 2019 was the biggest hit of the year. Baaghi 3 will see Tiger make the same impact as a solo hero.”

Says director Ahmed Khan, “We haven’t left any stone unturned to ensure a smooth ride for Baaghi 3 at the box office. We’ve made it is bigger brighter bouncier than the first and second films in the franchise. That’s the only way it makes sense. You’ve to up the ante every time.”