Vijay Deverakonda recently announced his Bollywood debut being titled Fighter. The Arjun Reddy actor will be seen opposite Ananya Panday in the film. The duo is currently shooting for the film in Mumbai and pictures and videos of the two often surface on the internet. 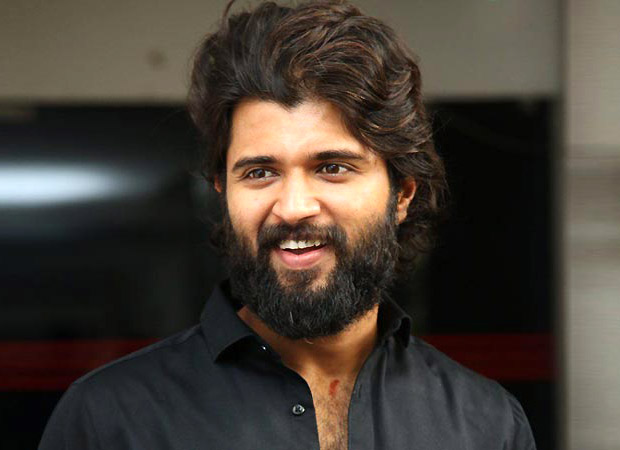 Now, a video of the actor heading for a jetty ride is making the rounds on social media. In the video, the actor loses balance and slips on the wet floor. His team quickly help him to regain his balance.

Slippery when wet, cautious Vijay ji you are precious to all of us✋

Just a few days ago, pictures from the shoot location were leaked on social media. In the pictures, Ananya was seen dressed in a crop top and black shorts as she is seated on the fuel tank of a bike facing Vijay. Vijay, dressed in casuals with a beanie, is seen riding the bike. The two of them were surrounded by multiple team members as they filmed the scenes at night.

Meanwhile, Fighter is being produced by Karan Johar and is being directed by Puri Jagannath. The film will also star Ramya Krishnan, Ronit Roy, Vishu Reddy, Aali, Makarand Desh Pandey and Getup Srinu. Fighter is being simultaneously shot in Telugu and Hindi.