These days, Bollywood actor Ayushmann Khurrana is busy promoting his upcoming film An Action Hero. From visiting Shah Rukh Khan’s residence, Mannat, to flooding his social media feed with small video clips from the forthcoming movie, the actor is leaving no stone unturned to grab the attention of his fans. However, his latest Instagram post seems to not only impress his fandom but “OG action hero” Ajay Devgn as well. 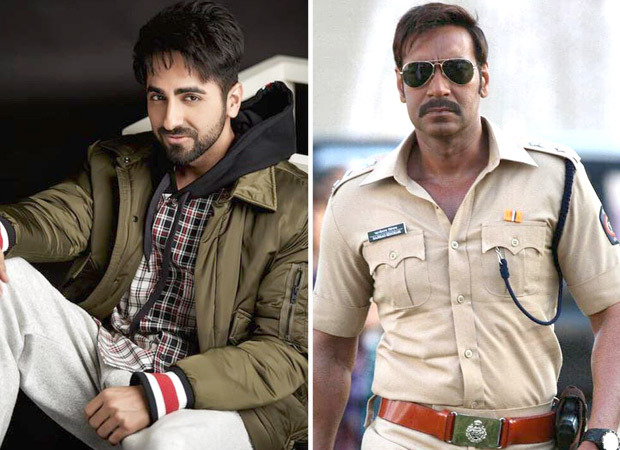 Interestingly, Ayushmann shared a fresh still on his Instagram as a tribute to actor Ajay Devgn. In the photo, Ayush can be seen donning an all-black avatar. To pose for the camera, he can be seen balancing between taxis. In the caption, Khurrana wrote, “OG Action Hero ko naye Action Hero ka salaam. / Kaafi phool aur kaanton se guzarna padta hai doston (New action hero salute to OG Action Hero. / Have to go through a lot of flowers and thorns friends),” followed by a fire emoticon.

For the unversed, Ajay Devgn’s entry scene from the film Phool Aur Kaante is widely popular and considered the Bollywood star’s signature entry. Coming back to Ayush’s post, a section of his Insta fam showered love on the actor as they flooded the comments section with fire and red-heart emojis. Among others, his wife and author Tahira Kashyap, his actor-brother Aparshakti Khurrana, popular TV actor Ali Mercchant, and actress Prachee Shah Paandya also dropped their reactions in the comments section.

Talking about the film, An Action Hero will see Ayushmann locking horns with critically-acclaimed actor Jaideep Ahlawat. The Anirudh Iyer directorial is slated to release on December 2. Produced under the banner of T-Series and Colour Yellow Productions, it was announced in October 2021 and the team wrapped the shooting in March this year.