Money Heist, the global phenomenon that won over millions, making ‘Bella Ciao’ THE anthem around the globe, is coming to an end this December. It's no secret that the iconic Spanish series on Netflix has seen unmatched fandom with people rooting for the Professor and his team of misfits, quickly becoming the face of the resistance, striving to overcome all challenges. As the fandom soared, Money Heist found its ‘Sabsa Bada Fan’ in the multi-talented Bollywood star Ayushmann Khurrana. The actor brings his charm, acting skills, and musical talents to a new video from Netflix, making it one for the ‘heistory’ books. 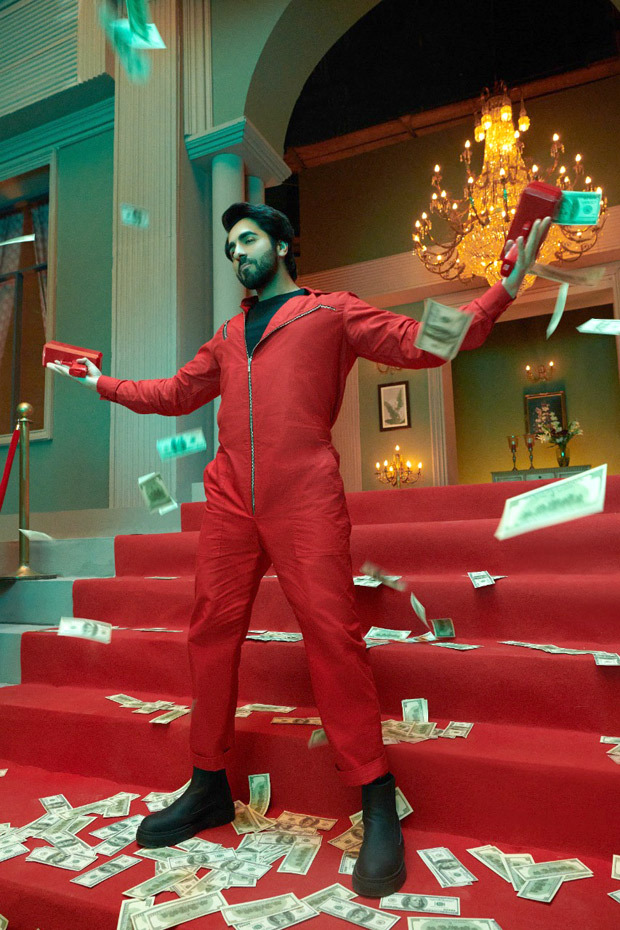 In a fun take, the actor and super fan paid homage to the famed Professor character, launching the #IndiaBoleCiao Fan Contest allowing fans to capture and share their love for the series. Tickling the ivories, Ayushmann is also seen singing his own rendition of the classic ‘Bella Ciao’ (on the piano) making it harder for us to say Bella Ciao to this show!

Speaking about his love for Netflix’s Money Heist and its global popularity, Ayushmann said, “Over time, I've become a huge fan of Money Heist and it's rightfully found a prominent place in pop culture. Getting to work on this unique project has been specially given my fondness for the series as well as The Professor. The characters give us an immersive experience and you feel completely invested in their journey throughout the series. While I’m super excited for the finale, it's definitely disappointing that this heist is coming to an end.”

In the final season of Money Heist, The gang has been shut in the Bank of Spain for over 100 hours. They have managed to rescue Lisbon, but their darkest moment is upon them after losing one of their own. The Professor has been captured by Sierra and, for the first time, doesn’t have an escape plan. Just when it seems like nothing else could go wrong, an enemy comes on the scene that is much more powerful than any they’ve faced: the army. The end of the greatest heist in history is approaching, and what began as a robbery will turn into a war. Part 5 of the iconic series will be released in two volumes, on September 3 and December 3, 2021.

ALSO READ: “Let’s pledge this World Children’s Day to give back to all children their childhood and their future, impacted due to the pandemic”- Ayushmann Khurrana