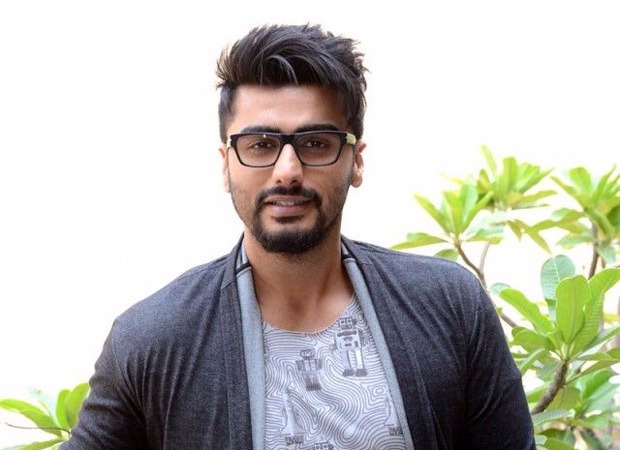 After Half Girlfriend which released in the month of May and scored a half century at the Box Office, Arjun Kapoor has now done it twice in succession, what with Mubarakan going past the 50 crore mark as well. When films are failing left, right and center in Bollywood (with only Toilet - Ek Prem Katha bringing relief very recently), the fact that both of his releases have managed to find audience is gladdening enough for the young actor.

"It is very heartening to get this kind of connect with the people, both with youth as well as family audiences. For a young actor like me, the whole idea is to tap into a whole new audience like it has been for Mubarakan," says Arjun Kapoor in his characteristic calm and composed tone, "The kind of response that I am getting right now is something that I have experienced with Ishaqzaade and 2 States earlier, what with people coming and telling me that how much they enjoyed these films. As a matter of fact even 2 States was a family film but positioned as a youth entertainer. Later people realized that it was for families."

Now that he has won over audiences with an out and out family flick like Mubarakan, Arjun is glad that the economics have worked out well too, hence leading to a win-win situation for all involved. Theatrically the film may have started slow but after showing good growth and then stability in its first and the second week, the Anees Bazmee directed affair is finding audience in the third week as well. This, despite Jab Harry Met Sejal challenging it in the second week and now Toilet - Ek Prem Katha doing wonderful business.

"The producers are best placed to talk about the specifics of Mubarakan economics but all I can say is that as an actor I am aware that films should recover their cost at the minimum. I have to ensure that producers, exhibitors and distributors are happy with my films and their interests are safeguarded," adds Arjun.

The ensemble affair was completed in a record time of 70 days despite a large number of locations across geographies involved. Moreover, while theatrically the film continues to run, its inherent family quotient ensures that on satellite and digital medium it would be a big success in months to come. This would make it yet another Arjun Kapoor film in quick succession (after Ki & Ka and Half Girlfriend) to be a safe proposition for all involved.

"At times it is the opening day that surprises and at other times it is the continued business," smiles Arjun, "I remember that the opening day of Ki & Ka surprised many people too, and now Mubarakan is keeping them happy as well. As an actor you don't just look at the first day numbers, what matters at the end of the day is how much did a film do in its lifetime. I am happy that with every film I am finding newer audience. Ki & Ka connected me well with women,  found me audiences in heartland of India and now Mubarakan is seeing family audiences coming in. What more do I need? I am happy."