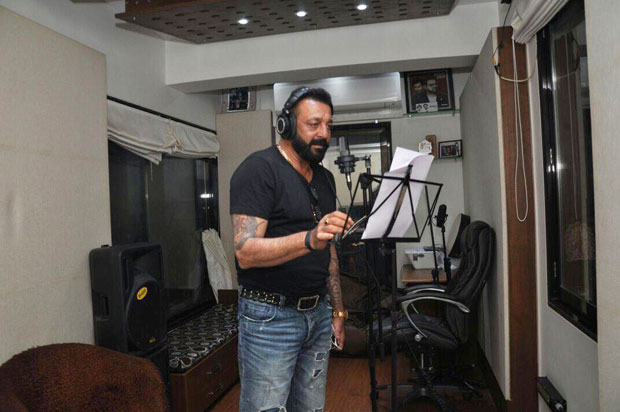 Sanjay Dutt is making a grand comeback with Bhoomi and it seems that he is trying his best to ensure the film turns out to be a memorable affair for him and also his fans. The actor won’t just be acting in the film but will also be singing a song in this revenge drama.

The song is titled ‘Jai Mata Di’ and has been composed by music director duo Sachin-Jihar. Vayu Shrivastava and Utkarsh Naithani have written the lyrics while Ajay Gogavale has also sang the song along with Sanjay Dutt.

The last time Sanjay Dutt sang a song was eight years in Sujoy Ghosh’s Aladin in 2009. 'Rama Re' from Kaante, title song of Munnabhai MBBS and 'I Love You Bol Daal' from Haseena Maan Jayegi were some of the other famous songs sung by Sanjay Dutt.

Bhoomi co-stars Aditi Rao Hydari and Shekhar Suman. It is directed by Omung Kumar and is all set to release on September 22.