Arjun Kapoor is a doting brother. The actor showers his siblings with affection. He made some candid confessions on Koffee With Karan 6 when he talked about his equation with his family members. Every time he mentions his sister Anshula Kapoor, he has often said that she has been his rock ever since his mom Mona Kapoor passed away. In his latest post, he has made a comparison between his mom and his sister and one can easily say that he is not only a doting son but also a lovely brother. 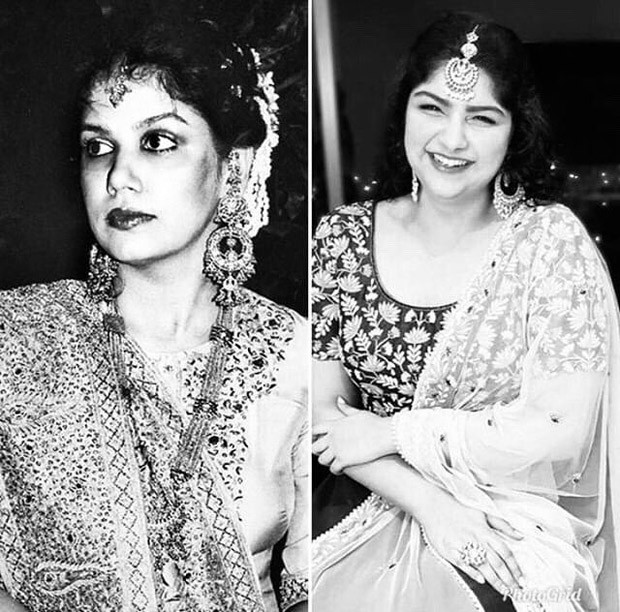 Arjun Kapoor showed his loving side by posting a side by side photo of his mom Mona Kapoor and sister Anshula Kapoor. Sharing a monochrome photo, Arjun wrote, "Forget like father like son, it’s always like mother like daughter." The two ladies are seen dressed in very similar outfits, jewellery. The fans loved the way he showcased his love for the ladies in his life.

On the work front, Arjun Kapoor was last seen in Raj Kumar Gupta's action-thriller India's Most Wanted. He is currently shooting for Panipat, which is directed by Ashutosh Gowariker. He also has Sandeep Aur Pinky Faraar.

ALSO READ: When Arjun Kapoor and Malaika Arora had this cute banter over her swimsuit photo on Instagram