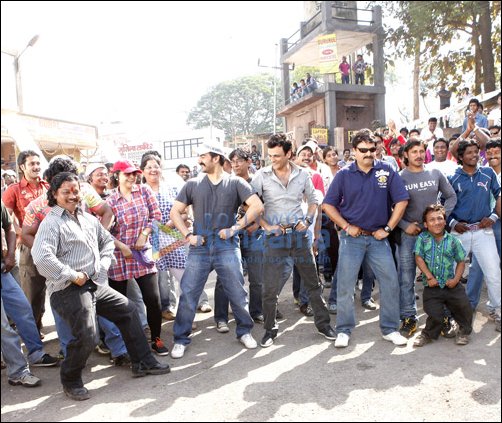 It was time to wrap up the shoot of the much awaited blockbuster film of the year Dabangg 2 when our very favourite Chulbul Pandey, Salman Khan, made the entire team dance on his super hit song 'Hud Hud Dabangg' and cheered up the mood of the crew.

As you can see in the image, director Arbaaz Khan along with his direction team danced to the signature Salman Khan step from the 2010 film and had a lot of fun on the sets. In the image Arbaaz Khan with Sumit Dutt ( Direction Team on the right), Manoj Chaturvedi (Executive Producer on the extreme right) and Raju (Salman Khan's makeup artist) and the entire unit.