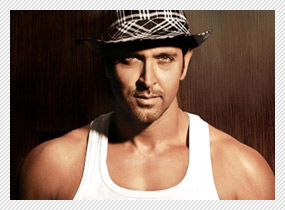 Fans and followers of Hrithik Roshan can rejoice. The reluctant actor, who has always been known to do only one film in a year, and at times every two years, is breaking his own rules for next couple of years at least. He is all set to be much more prolific if his itinerary for months to go is anything to go by. That also gives added opportunities for leading ladies in B-town to expect being paired opposite him more often.

"Expect as many as five of his films to release during next couple of years", says an insider, "That hasn't been the case with him before but it's all going to change now. For starters, his long-in-the-making Krissh 3 is coming to a close. Then he kick-starts Knight And Day remake with Siddharth Anand. His association with Shekhar Kapur and Aditya Chopra for Paani would soon be official whereas he is also committed to begin a film with Sajid Nadiadwala which is expected to have Kabir Khan at the helm of direction. Also, there is a Karan Johar film with Karan Malhotra in charge of direction"

This is a much impressive count when compared to 2011 and 2012 which saw only a film each of his release - Zindagi Na Milegi Dobara and Agneepath.

"What would also be interesting is to see who turn out to be his leading ladies", continues the insider, "While Priyanka Chopra and Katrina Kaif are already on board for his immediate next two films (they were also his leading ladies in last two films), an announcement is yet awaited on the ones who would feature in Shekhar Kapur, Karan Johar and Sajid Nadiadwala films."

Will those turn out to be usual suspects like Kareena Kapoor, Deepika Padukone, Sonakshi Sinha, Asin or Anushka Sharma? Or is there is a surprise in store? Stay tuned and watch this space.

Bhumi Pednekar takes a trip down the memory…