Anushka Sharma wrote Priyanka Chopra and Nick Jonas a beautiful post congratulating them on their newborn daughter. Taking to Instagram Stories, the actress expressed her love for their newborn baby and warned them about ‘sleepless nights.' 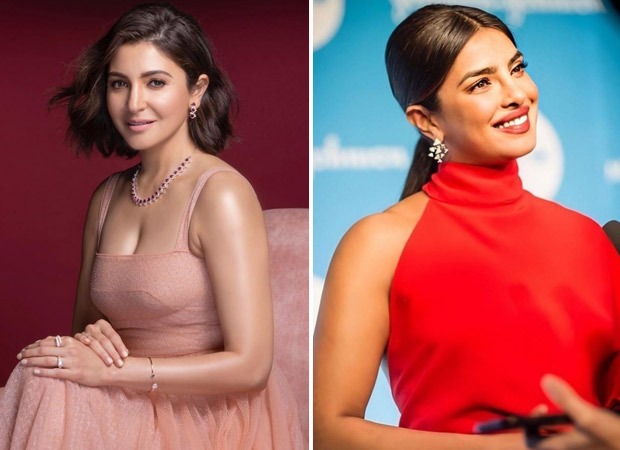 She wrote, “Congratulation Priyanka Chopra and Nick Jonas. Get ready for sleepless nights and unparallel joy and love. Lots of love to the little one."

Priyanka and Nick recently welcomed their first child, a daughter, into the world. In a joint statement, the couple announced that they had their baby through surrogacy. The couple released a joint statement on Instagram, “We are overjoyed to confirm that we have welcomed a baby via surrogate. We respectfully ask for privacy during this special time as we focus on our family,".

Their daughter was born 12 weeks early in a Southern California hospital, according to the reports. She will remain in the hospital until she is fit enough to return home to Nick-Priyanka. The couple was reportedly expecting their first child in April, and Priyanka had taken time off work to prepare for motherhood. 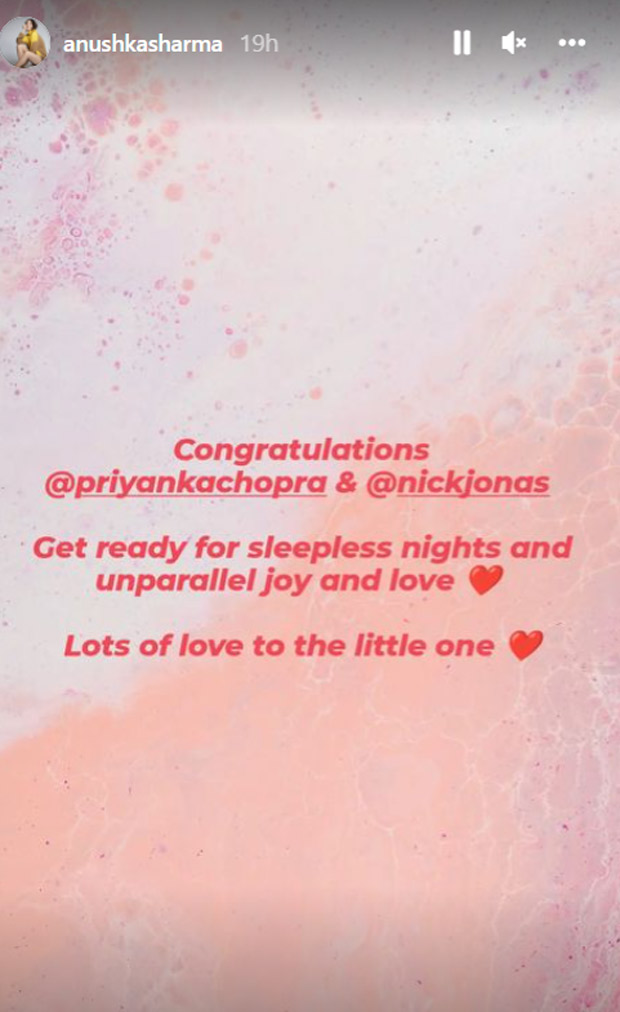 Meanwhile, Anushka Sharma recently celebrated the first birthday of her daughter Vamika. Anushka and Vamika were recently seen in the stands of the third ODI match between India and South Africa, which created news. Vamika's identity had been kept hidden from the cameras by Anushka and Virat. The stadium cameras, on the other hand, captured Vamika's expression. Anushka later claimed that she had no idea the cameras were on them and asked that her daughter's photos not be circulated.

On the work front, Anushka Sharma will next star in Chakda Xpress playing the role of cricketer Jhulan Goswami.