Nothing sounds better than spending your birthday with the dear one amid the serenity of nature. Virat Kohli and wife Anushka Sharma are presently holidaying in Bhutan and the former also rang in his 31st birthday there. During a trek, Virat and Anushka were also in for an unplanned and beautiful experience. 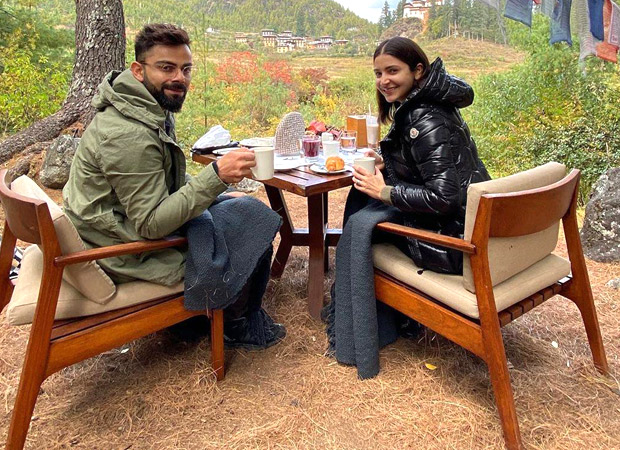 Anushka took to Instagram to share how they wanted to pet a calf and ended up going to a local villager's house. That they both are A-lister stars in their respective fields was something that the villagers were clueless about and still hosted them with some tea and utmost warmth. 'Whoever knows virat and me very closely, know that both of us live for such moments of genuine , simple & pure human connection . It fills us with such joy and peace knowing that they just wanted to be kind to two random foreigners ( plus our guide ) without seeking anything in return,' she wrote.

Today , during our 8.5 km uphill trek we stopped by a small village on a mountain to pet and feed a baby calf who was born just 4 months ago . While we did that the owner of the house asked us if we were tired and wanted to have a cup of tea ? So we went in to the home of this beautiful and warm family who had absolutely no idea who we were and yet they treated us with such warmth and love . We spent some time with them chatting and drinking tea and the whole time they just know us as two tired trekkers ! Whoever knows virat and me very closely, know that both of us live for such moments of genuine , simple & pure human connection . It fills us with such joy and peace knowing that they just wanted to be kind to two random foreigners ( plus our guide ) without seeking anything in return. If this is not the true meaning of life then i dont know what is . A memory we will cherish forever ????????✨

A couple of days back, Akshay Kumar and daughter Nitaara also had a similar experience when they halted for a sip water at a local villager's house during their morning walk. The family was holidaying in Maharashtra's Shillim.

Today’s morning walk turned into a life lesson for the little one. We walked into this kind, old couple’s house for a sip of water and they made us the most delicious gur-roti. Truly, being kind costs nothing but means everything!

Birthday boy Virat also shared a photo from their trip and it certainly looks like they're living every second of their time away from the chaos of the city!

What a blessing to be able to visit such divine places with my soulmate. Also thank you everyone for your kind wishes from the bottom of my heart. ????????❤️