Anupam Kher, who is currently stationed in the USA for the extensive shoot schedule of his highly-anticipated NBC’s series, New Amsterdam has been making waves globally. The global star is quite excited about his new show premiering on 25th September which has also received amazing response at the Boston Film Festival 2018. 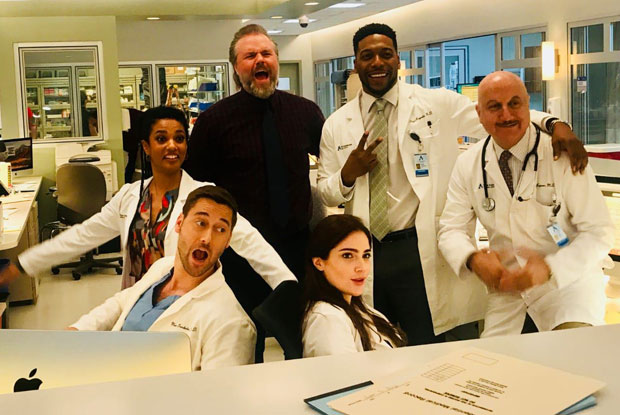 One of India’s finest actor-author-motivational speaker and educationist Anupam Kher, who has acted in more than 500 films, is set to impress the NRI audience, especially his fans with his latest show ‘New Amsterdam’ and the challenging role of neurologist Dr Vijay Kapoor in the series.

The BAFTA and the SAG nominee is known to the western audiences for his impressive portrayals in the Golden Globe-nominated Bend It Like Beckham, Oscar-Nominated Silver Linings Playbook and the highly-acclaimed The Big Sick.

Anupam Kher informs, “It is a great feeling to be part of a mainstream American series. I represent my country, my India and I want every Indian to feel proud of me when they watch New Amsterdam. I hope my countrymen continue to love and bless me and I will try to never disappoint them.