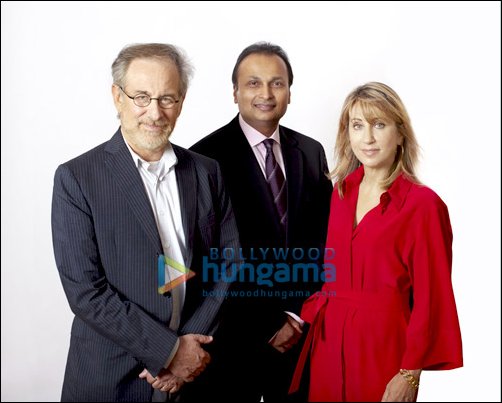 Now having completed all the legal formalities, DreamWorks is all set to start afresh with 3 new projects as the first installment of its line-up of films in Phase 1. The 3 projects which are a mix of adventure along with book / play adaptations are as follows:-

1. I Am Number 4 - The I Am Number 4 story line involves a group of teenage alien refugees assimilating to high school on Earth when they discover that their home planet's enemy is now hunting them on their new turf. DreamWorks has set Al Gough and Miles Millar (who have scripted films such as Spider Man 2, Shanghai Knights and Shanghai Noon) to adapt 'I Am Number 4', the novel co-written by James Frey and Jobie Hughes. In all probability Michael Bay, director of blockbuster films such as Transformers, Pearl Harbor and Armageddon, will direct this film

2. Pirate Latitudes â€“ This film talks about a daring plan to infiltrate Port Royal, one of the world's richest and most notorious cities, and raid a Spanish galleon filled with treasure. Steven Spielberg is developing the film out of a posthumously published novel by the late Michael Crichton. Screenwriter David Koepp, who adapted Crichton's novels for Jurassic Park and its sequel The Lost World has been signed on to create the script for this film. Spielberg is producing the film and may even direct it himself. Speaking on developing Michael Crichton's novel into a film, Spielberg says, ''Michael Crichton was one of our greatest storytellers who expanded all of our imaginations with his books, films, and television. With the 'E.R.' series and Jurassic Park series, I enjoyed one of the best collaborations of my career. Now with Pirate Latitudes, I and all of us at DreamWorks have the chance to be excited about bringing this new Michael Crichton work to the screen''

3. Harvey - This would be a co-production between DreamWorks and 20th Century Fox. Steven Spielberg would be directing this film which is an adaptation of the Mary Chase Pulitzer Prize-winning play 'Harvey'

Stacey Snider (Co-Chair and CEO of DreamWorks Studios) was also equally excited at this new partnership and line-up of films from DreamWorks. She said, ''With the backing of Reliance, we are able to continue developing our slate and producing films for the worldwide movie-going audiences. Pirate Latitudes reunites three talented storytellers-Steven Spielberg, Michael Crichton and David Koepp-who have a history of producing blockbuster films which have entertained people all over the world. And with I Am Number 4 we'll continue our successful partnership with Michael Bay who truly delivers movies that have mass global appeal''