Angrezi Medium starring Irrfan Khan, Radhika Madan, Kareena Kapoor Khan, Pankaj Tripathi, and Deepak Dobriyal is releasing later this month. This is the first project Kareena will be a part of since the release of Veere Di Wedding. The actress said that this was a great opportunity to work with Irrfan Khan. 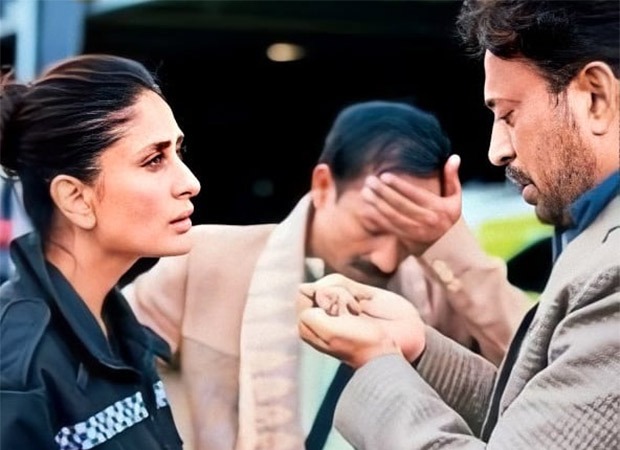 Opting for special appearance which leading ladies rarely do, Kareena Kapoor Khan said that it was an easy decision to make. She had the greed to work with Irrfan and wanted to tick that box off her list for a while. Interestingly, she was in London when the Angrezi Medium team was shooting. She was accompanying Saif Ali Khan during the Jawaani Jaaneman shooting and was to be stationed in London for two months. Things eventually worked out since she only had to allot 12-15 days of shooting. Her character is dark and witty. She said that the character’s backstory is crackling and her character adds depth to the film in the few scenes she is a part of.

But, before Angrezi Medium happened, Kareena was rumoured to romance Irrfan Khan in Sahir Ludhianvi biopic. But, that project did not take off. She wished it had happened but she believes such projects don’t work out for a reason. She said that every movie has its destiny. Kareena said that under the circumstances she met Irrfan was surreal. She said he was so respectful and charming and that she was in awe of him.