Last Updated 28.09.2020 | 3:06 PM IST
feedback language
follow us on
Home » News » Bollywood Features News » Bollywood News Ananya Panday confesses that she has a crush on Varun Dhawan and we can relate!

Ananya Panday is all set to make her debut in Student Of the Year 2 with Tiger Shroff and Tara Sutaria. She is just a 21-ear-old who does not shy away from fangirling in public and we’ve never related to a star better than her. She recently admitted that she has had a crush on ex-student, Varun Dhawan since forever. While the two are connected through the Student Of The Year franchise with each other, we’d love to see them share the screen space someday. 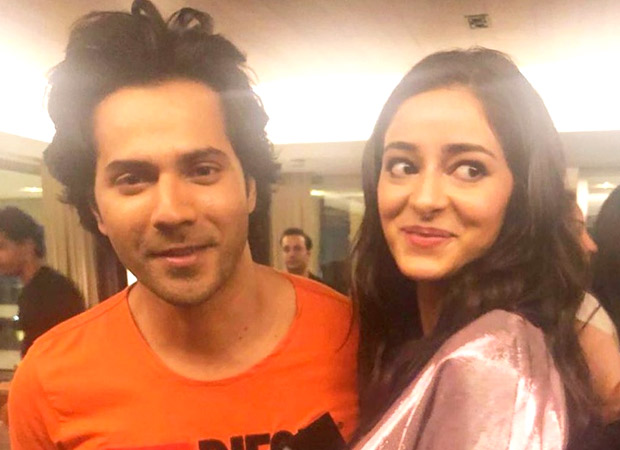 Ananya is currently busy promoting her debut film in full swing and is unapologetically admitting to having a huge crush on Varun. During an interview, she admitted that she has even had Varun Dhawan’ shirtless picture holding a guitar as her wallpaper and has always been a Varun Dhawan fan. She went on to say that now, it’s Punit Malhotra’s picture set as her wallpaper due to the film’s upcoming release. For those of you who don’t know, Punit Malhotra is the director of Student Of The Year 2.

She even made her crush Insta official on Varun Dhawan’s birthday and posted a picture with the star. She captioned it as, “Happiest birthday to the student I’ll always be crushing on! ❤️????????‍????#StudentNo1 #StudentOfTheDecade”

Happiest birthday to the student I’ll always be crushing on! ❤️????????‍????#StudentNo1 #StudentOfTheDecade

Releasing on May 10, Student Of The Year 2 is being produced by Karan Johar’s Dharma Productions and the cast and crew are thrilled for the release.

Also Read: CUTENESS OVERLOAD! Alia Bhatt posed with Ananya Panday on the sets of ‘The Hook Up Song’