Saroj Khan passed away on Monday. The ace choreographer was 71 at the time of her demise. She was admitted to a hospital in Mumbai a few weeks ago after complaining of breathlessness. She suffered a cardiac arrest early on July 3. Several celebrities and fans of the choreographer took to social media to pay their tribute. 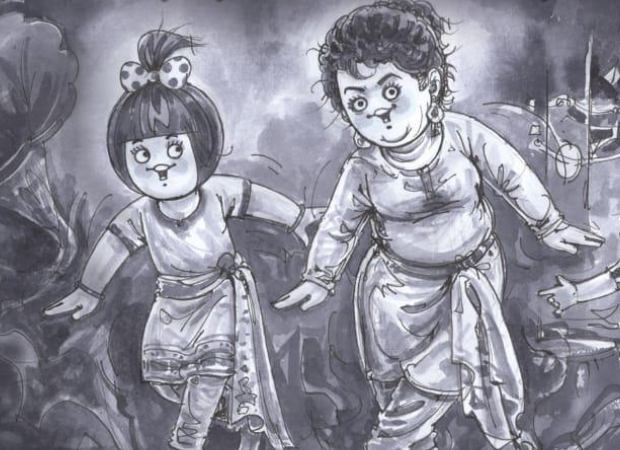 Amul India also took to their social media handle to pay respect to Saroj Khan. The post featured a caricature of the late choreographer, dressed in a salwar-kurta teaching dance to a young girl (the Amul girl in this case). “From the A, B, C To the Ek, Do, Teen of dance," read the tagline on the post, referring to the iconic song Ek Do Teen from the 1988 film Tezaab, in which Saroj Khan choreographed Madhuri Dixit.The caption on the post read, “Amul Topical: Tribute to the Mother of dance/choreography in India.”

#Amul Topical: Tribute to the ‘Mother of Dance/Choreography in India’ pic.twitter.com/jsHa1LxgmR

Saroj Khan has been a part of the industry for more than four decades and has choreographed over 2000 songs. While dance and music are an important element of Indian cinema, Saroj Khan plays a huge role when it comes to Bollywood dance being recognised as a genre in itself.

ALSO READ:  Govinda pays a moving tribute to Saroj Khan; says she taught him to dance when he had no money